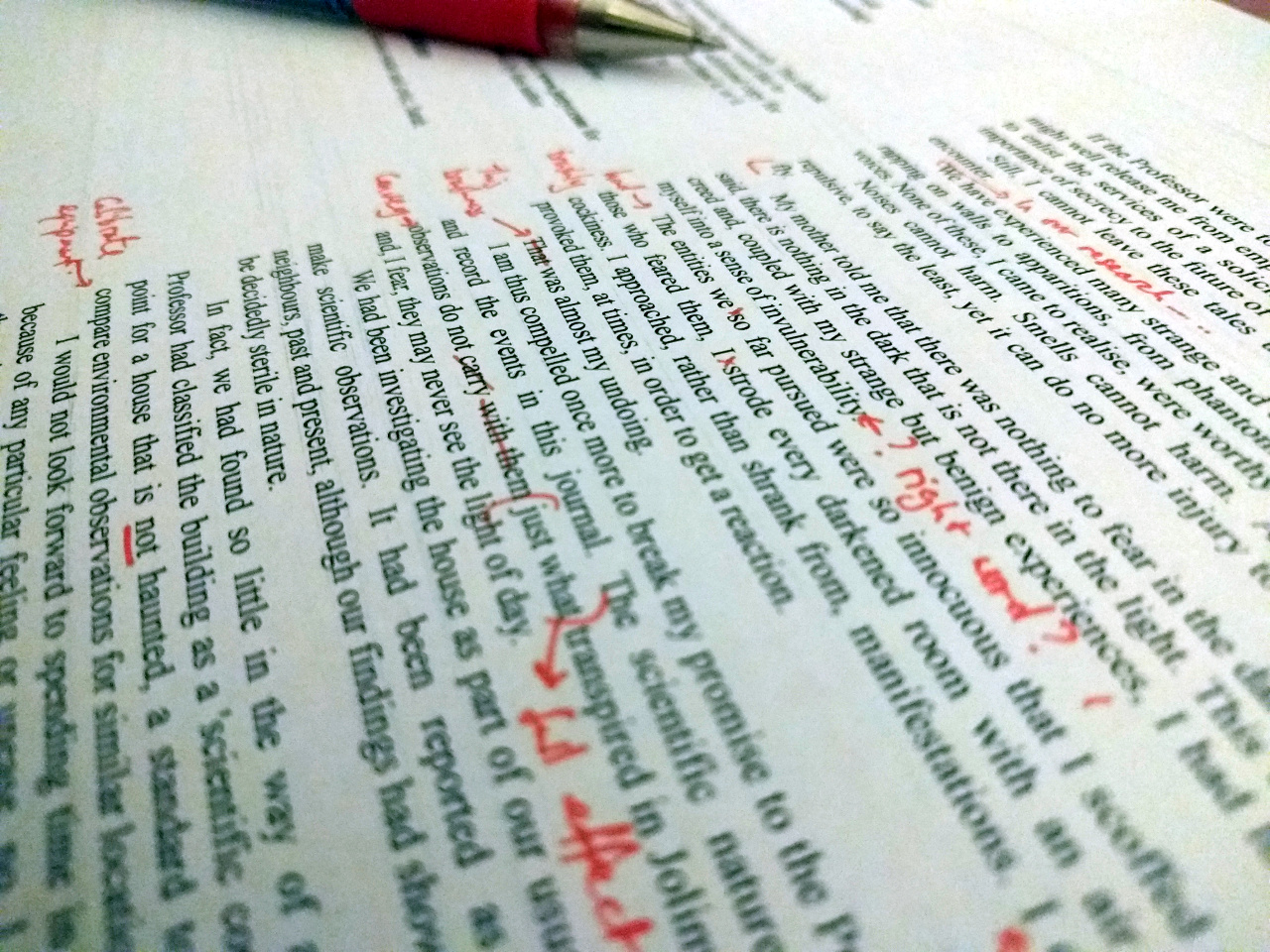 ‘Jolimont Street Ghost’ second draft is done. Still a few things to tidy up. Still some paragraphs that need work. But now it’s time to break out the red pen.

Yeppers, it’s head down, bum up, editing hat on with some white noise flooding my ears, reading over the printed pages of the next great thing, cup of coffee dripping onto the pulp, marking little annotations with my red pen in cryptic squiggles and hieroglyphs.

There’s more to consider than just the story, though. Now that I’m at the pointy end, I need to update the Paranormology series image, figure out an actual release date rather than ‘sometime around March-ish’ – ah, a deadline.

And, you know what? I’ve been doing some thinking. This episode is in stark contrast to Grosvenor Lane, which is light-hearted and childlike. As I was doing the second draft, I realised the protagonist has grown a lot. His thoughts and attitudes are more adult and the situation he finds himself in is less Enid Blyton and more Howard Lovecraft, and this transition is palpable across the other two books.

It wouldn’t be fair to judge the series based on a single book now, would it?

So, as an extra kicker, Jolimont Street Ghost will be free.

As such, there’s no pre-release period, so I’m going to have to factor that into my release date as well.