Welcome to my author website. Jeremy Tyrrell, Software Engineer and Independent Author, at your service.

If you’re interested in knowing more about the books that I’ve written, you’ve come to the right place.

Did you say books?

Sure! You can get them in digital and hardcopy, and there are some free ones for you, gratis, no strings attached. 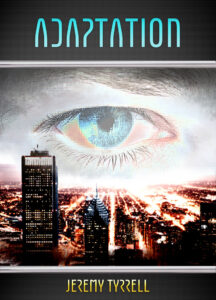 There’s the Adaptation series, for starters. If you like dystopian sci-fi, hit this up. It’s at part five, with part six on its way, looking to reach the digital shelves by late 2016.

A balance of action, dialog and adapted agents, follow Ottavio in his trials against the invisible forces manipulating him and humanity.

Part 1 is free, so what are you waiting for? You can get each of the Adaptation parts from your favourite digital retailer, like Amazon, Barnes and Noble, iTunes and, of course, Smashwords. 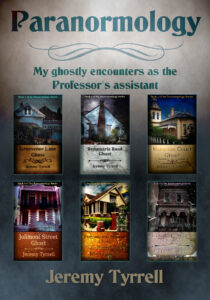 If you want something a little less on the action side and more on the spooky / scientific side, then you’ll be right at home with the Paranormology series. Set in a Victorian era, this series is less about the ghosts and more about the science behind hunting them.

The first, Grosvenor Lane Ghost, introduces our protagonist, the narrator, on his first ever hunt with the Professor. Follow him through as he discovers what it takes to be a scientist in an unaccepted field.

Not enough? Well, Jolimont Street Ghost, likewise, is a freebie. If Grosvenor Lane is light and innocent, Jolimont is the Narrator’s wake-up call. Complete the set with Beaumaris Road Ghost and Hampton Court Ghost, and you’ve got a coffee-sipping series for less than the price of a coffee! 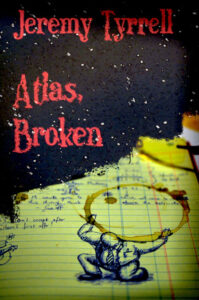 Atlas, Broken is a different kettle of fish. If you know someone with depression, or have it yourself, then please read and share it. It’s free, always was and will be, simply because it’s a book I think needs to be out there.

It’s icky, sticky, Kafkaesque and altogether uncomfortable, shameless in its portrayal of Henry Ludlow. Husband, father, worker and associate, his pain is unimportant to those around him. Even his family don’t blink an eye as he falls to pieces.

The tragedy of Henry echoes all around us in our modern day lives, and it is a tragedy that has brought me – while writing it – and readers, to tears. 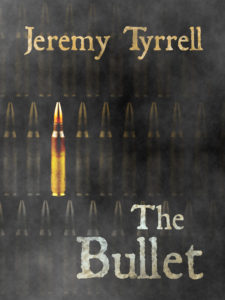 The Bullet is a dialog-free walk through a steam-punk world, following the trail of a bullet as it is formed from a melting pool of lead, shipped out on special order, purchased for a task for which it is ultimately used.

The questions raised by the book come from the reader, not the text. There is no moral to hit you over the head: This is where you, the reader, ponder and ruminate, drawing your own conclusions.

The bullet is a short read, but I’d encourage you to read it slowly. The pace of the book is deliberately slow, and the sentences and intentionally long. If you blur through it, you’ll miss the subtleties.

My name, Jeremy, with three syllables, is too long for ordinary conversation. So I get called Jez. Often prefixed with ‘Yo’, ‘Hey’ or ‘Uhhh’. Combine that with the first three letters of my last name and you’ve solved the riddle of the century. Other variants include “Jezza”, “Jezman”, “Jasmine”, “Jezzalinko”… you get the idea.

If you’re interested, I’ve got a blog going where I can update you about the life of being an indie author, plus other tidbits like video animation, Easter egg blowing, Craft projects and beer brewing.

I’m glad you asked. It’s wonderful to be able to chat to a reader about particulars of books but, with most of my readers spread about across the globe, the likelihood of ever having a conversation with any of you is next to zero. I guess this website is the next best thing.

You can also find me at Smashwords, Lulu Author Spotlight, Amazon Author Page, and YouTube.

How did it all start?

I’ve always enjoyed writing, even from a young age. Writing and drawing were my two favourite things. Give me a pen and a piece of paper and I was happy. I remember dreaming as a tacker that I’d like to write a book some day. I had a bunch of little short stories and ideas tucked away here and there, but then one day I got that itch. I made up my mind that, come Hell or high water, I’d crank out piece that I could put on a shelf. But where to begin? What should I write on? I can’t quote anyone, because I’ve heard it a hundred times: “write what you know.”

So I began to tap out (literally, it was on a PDA with a stylus) in bed a bit of fan literature for a particularly good game of which I was a fan. Every night I’d tap away a little more. By about the fourth chapter I had busted the PDA screen, so I transferred the data from there to a laptop and continued on. By the end of it all, I’d made a mess of words that need a heck of a lot of editing, had a plot with a few gaping holes in it, characters that could stand to be fleshed out, but all in all it looked like it could be a nice little book – that I could not get published.

Why not? Copyright infringements. While the story, the plot and most of the characters were original, the main protagonist and setting were not. The only course of action was to abandon writing until I had permission from the creators. They were gracious enough to give me an audience but, ultimately, I was denied. It’s still there, tucked away in My Documents. I read over it the other day. Not bad. Not great, but not bad.

My writing stopped for a good while after that. Too much disappointment. I tried to get back into it. After a few false starts, I slapped myself silly and got over my melancholy and plowed back into writing. This time I followed a slightly different mantra, “Write what you know and can publish”. From there, Adaptation was born.