I like ghost stories. I really, truly do. Sitting by a campfire, tucked up in bed in a cold room, lazily reclining on a couch, guaranteed a ghost story will grab my attention. Is it any wonder that I’m also a fan of Ghost Hunters? I know that there are a lot of myths and stories and exaggerations. 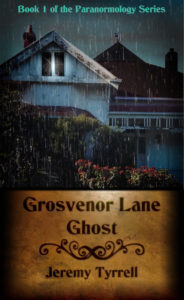 That’s not the point. The point is that a ghost story is, by its very nature, interesting, entertaining and thought provoking.

Notice that I did not say horrific.

Certainly, a ghost story can have horror (and many good ones do!), and a horror story can include ghosts, but the two are not bounded. It frustrates me when a ghost story that has potential to be genuinely romantic, or creepy, or intelligent is thrown to the dogs in favour of getting some cheap horror. So I decided to write my own ghost story, with an angle of ghost hunting and science and how it would be performed in a Victorian setting, without high-tech gizmos and during the heyday of charlatans. If notes, recordings, verbal testimony and hazy photographs were all that were available, how could any branch of obscure science flourish? 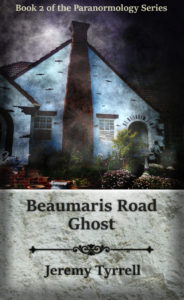 This series is about the application of scientific methodology applied to examining, in a serious way, ghostly phenomena. It’s not meant to be scary, not in the horrific sense, rather thought provoking: If an investigator can conclusively demonstrate a link between particular phenomena and environmental, temporal, geological, etc conditions, then surely this warrants further investigation and is scientifically valid. 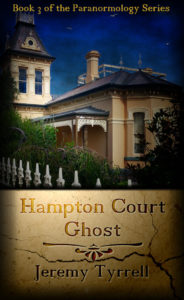 If this statement is true for any one thing, it is then true for all things, despite personal prejudices or misgivings. Anything else is, to be blunt, unscientific. It starts with Grosvenor Lane Ghost, the Narrator’s introduction to the scientific world. Naive and wide-eyed, he has no idea what to expect.

With Beaumaris Road Ghost, the Narrator discovers just what the Professor is up against. It’s not the other realm that is the problem, it’s the stuffy minds and preconceptions of this world. It is the Professor’s hypocritical peers that would happily see a genuine scientific exploit be demolished than have their own biased opinions challenged.

The third installment of the series, Hampton Court Ghost, was released on the 29th of September, 2015, tackling the very real problem of assumptions, opinions, subjectivity and objectivity. 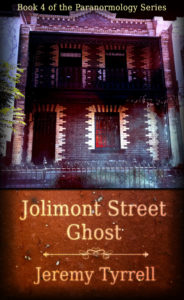 Our protagonist is growing throughout the series. His language and attitudes become more mature, even though they bring with them more problems.

Jolimont Street Ghost, the fourth installment, was published on February 12th, 2016. By far the darkest of the series, it reflects the protagonist’s expanding world and his realisation that actions have consequences, and not only in this realm.

Portsmouth Avenue Ghost takes up soon after Jolimont and we see that the Professor and the protagonist are still outcasts among the townsfolk. Necessity drives them to Exeter where they seek a haunted house occupied by a widow. 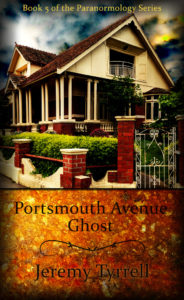 They find the widow and a Gypsy named Zindelo, a medium who claims to see into the other realm and talk with the spirits of the deceased.

Science deliberately narrows definitions where possible, so the introduction of a new kind of haunting is not welcome. As is often the case, things are not so clear cut in real life as the text books would make out.

There is a human side to us all, even the most rigorous of scientists, and this can be covered or masked, but never eliminated. In Cooper Alley Ghost, the sixth volume, the Narrator discovers that even the Professor has a vulnerable nature, his humanity. The past, it seems, has consequences on the future. 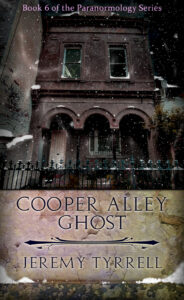