The Adaptation – Part 1 animation is now up on YouTube!

A few of the posts regarding the scenes and whatnot didn’t make it, pardon my user error. They’re there, they just haven’t been ‘published’, most notably the ‘thermal’ imagery of Lucas’ sniper scope and the crabman at the firestation.

Anyway, that’s a minor thing. Right now I’m winding down after doing the rendering and re-rendering and tweaking and syncing and, yeah, I’m spent.

Without further ado (or animated gifs of minons): 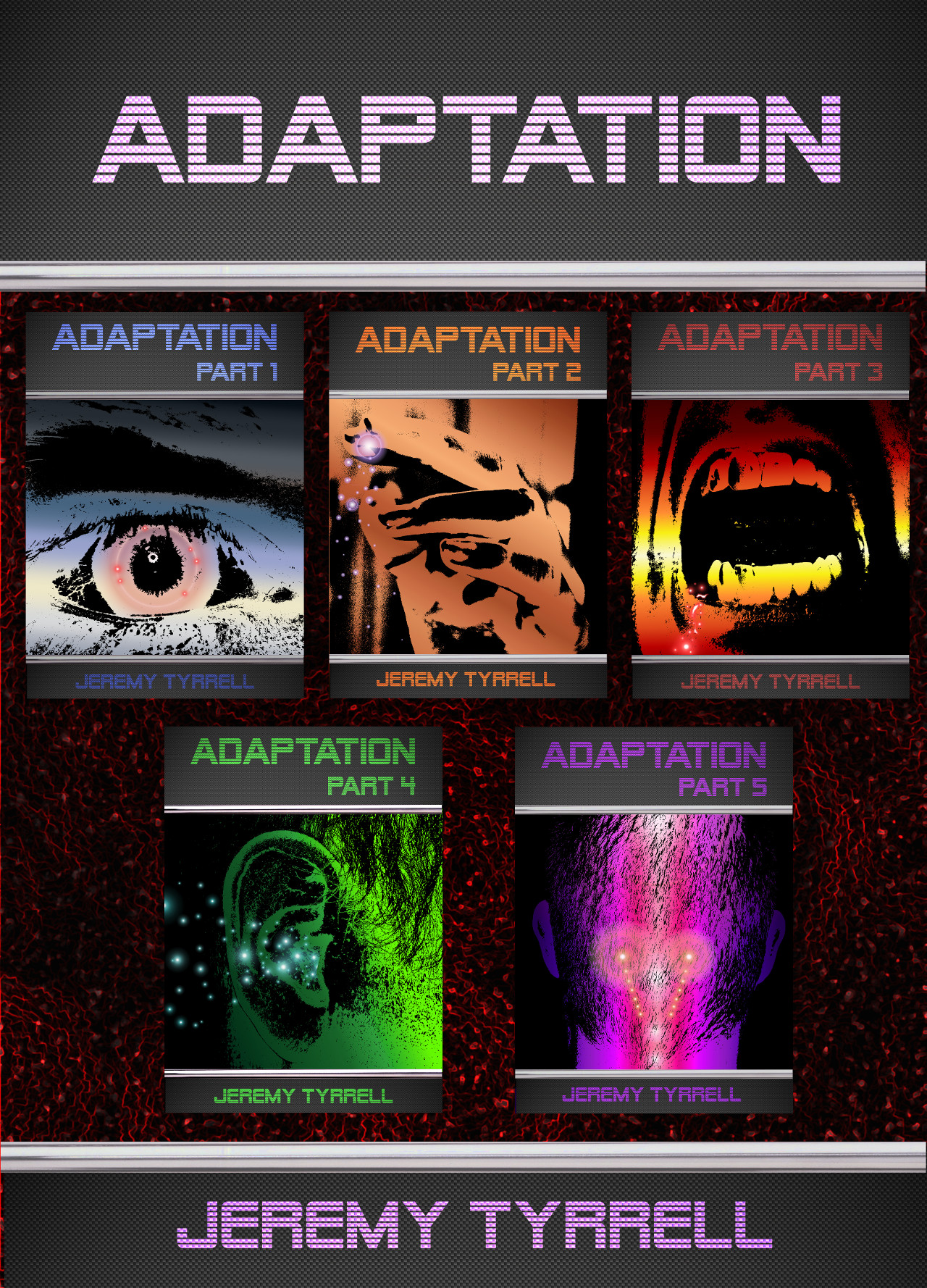 As far as book retailers go, a series is a logically related collective. The books within don’t have to be chronologically ordered, or even have the same characters from book to book. So two is an acceptable number. Actually, you can define a series with one book in it, even though it looks silly.

Technicalities aside, why would an author want to write a series?

It was just getting too long. I looked at my plan, did the math, and realised that the total word count would be daunting, simply too big to digest, too cumbersome to edit. I had to split it up out of necessity.

So it turned from a single whopper of a tome into smaller, digestible installments. That changed the game somewhat. Loading and saving was faster, it meant I could concentrate on a single portion (Part 1), and I could begin to release the book into the wild world without having to wait for the whole shebam to be completed.

So that’s a good thing, right?

Kind of. There’s more to it. Each part must be self contained, still having a beginning and a middle and an end, that’s right, an end. Here’s the gag: The beginning doesn’t have to start where the last book left off. And the end is necessarily a non-permanent thing. It has to be open-ended, otherwise there’s nowhere for the next book to come out.

Ending with a cliff-hanger demands that the story continue. Great device! Wait, but that means your protagonist is left huddled underneath a burning building for 12 months while you type out your next manuscript. Poo.

You probably don’t feel it as a reader, but there’s a genuine pressure to get the next one finished. It’s not only for the author’s state of mind. The audience wants a conclusion as well. They want questions answered. They want to know, and they want to know now!

One of the best things about a series, from an author’s viewpoint, is that you have a clean break, an opportunity to regroup, reassess. It’s like breaking up a marathon into stages so you can mentally prepare for the next leg.

While characters and setting may not shift a lot, the feel of the book can. Depending on what theme you’ve chosen to write, it may change from being lighthearted and innocent (Think early Harry Potter) to dark and hostile (think later Harry Potter).

Premise can change between books in the series, and this is an excellent way for the author to get some exercise. Exploring the same premise across an entire tome would be exhausting and, while the premise may get a thorough workout, it may get over-worked. How many different ways can you explore the pains of lost youth in a thousand pages?

The flip-side, and there is always a flip-side, is that you haven’t a chance to change the past. You’ve made your plan, plotted out you series, released your second book and – oh, wouldn’t it be grand if Bob didn’t go fishing with Bert, rather he stayed behind and the bayou monster gobbled Bert up, then the police wouldn’t be suspicious…

Nope, too late. You can’t change things now. Bob was there and saw the whole thing. Bummer. Sure, you can make mini-edits to your ebooks, but they’re out there, in the wild, being read.

So, in effect, you need to have your series locked down fairly tight before you go releasing, but if you wait until you’ve written your series before you release – there’s the issue. It’s a bit of a tightrope we walk.

It’s not all bad news. I’ll go on about the Paranormology series in the next post. 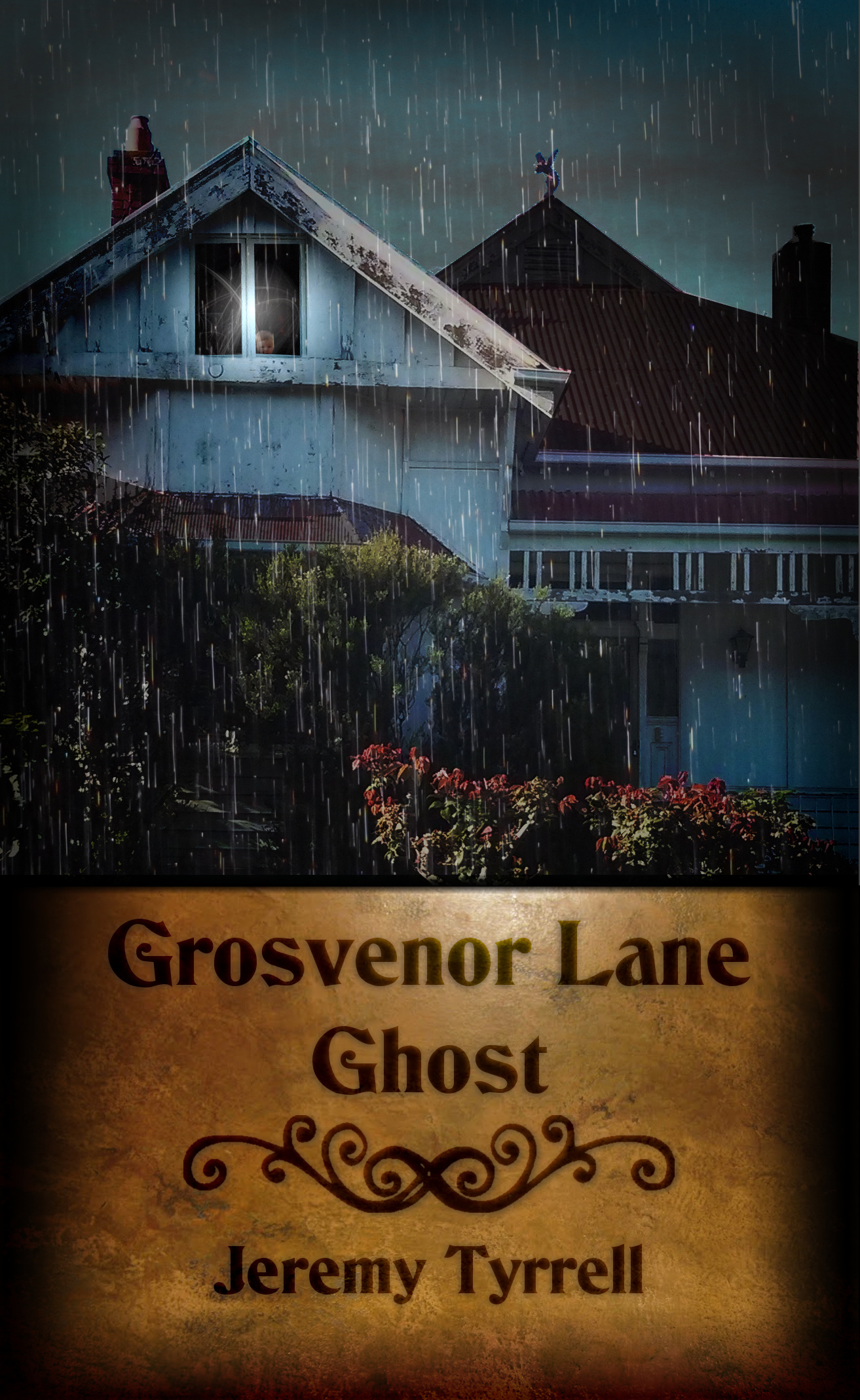 To celebrate the imminent arrival of Hampton Court Ghost on the 27th of September (only a couple of days now!), Grosvenor Lane Ghost, the first in the Paranormology series has been made free.

So what does that mean for you? It means a trilogy for less than the price of a coffee. It means $2 for 3 books! Now that’s a sweet deal. It means you can finish off Grosvenor Lane and Beaumaris Road and be primed for Hampton Court Ghost.

If you’re into Victorian era narration, scientific methodology and real world morals, then get stuck into the Paranormology series. While I think Hampton Court is the best one yet, it won’t be as fun without the first two, and by starting with Grosvenor, you can grow with the protagonist.

The book is free at Kobo, Barnes & Noble, Smashwords, iTunes, and everywhere else on the internet. However Amazon, because of their rigid pricing and marketing strategy, still hold it at a dollar. You can request a price matching (and match it to free) by clicking the ‘tell us about a lower price’:

Would you like to give feedback on images or tell us about a lower price?

at the bottom and roughly inserting any of the aforementioned links into the dialog with my blessing. And if you could do the same for Atlas, Broken and Adaptation Part 1, I’ll be very grateful indeed.

Then get back to reading.