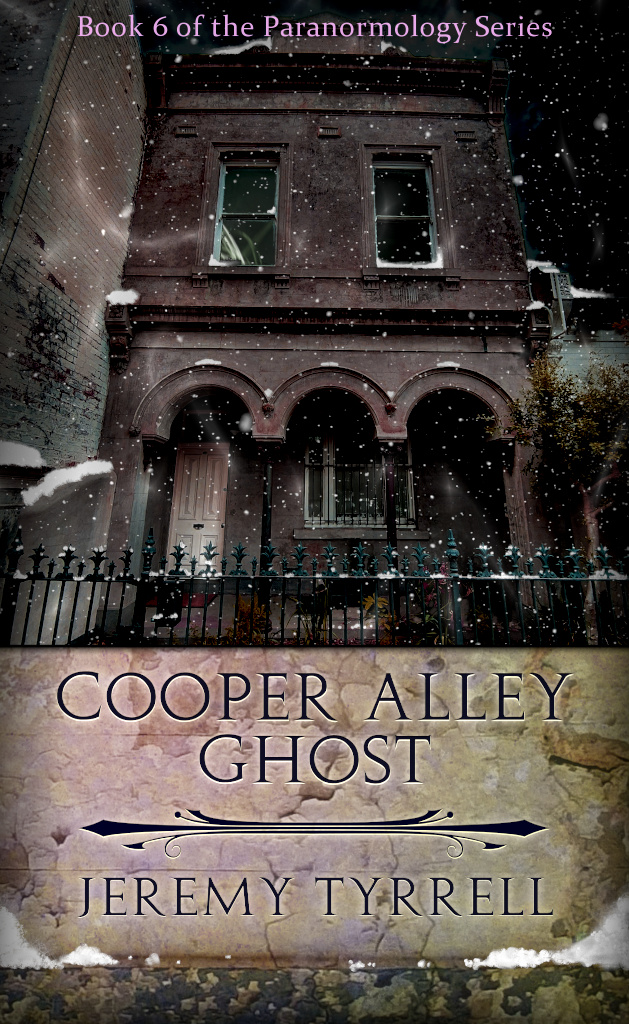 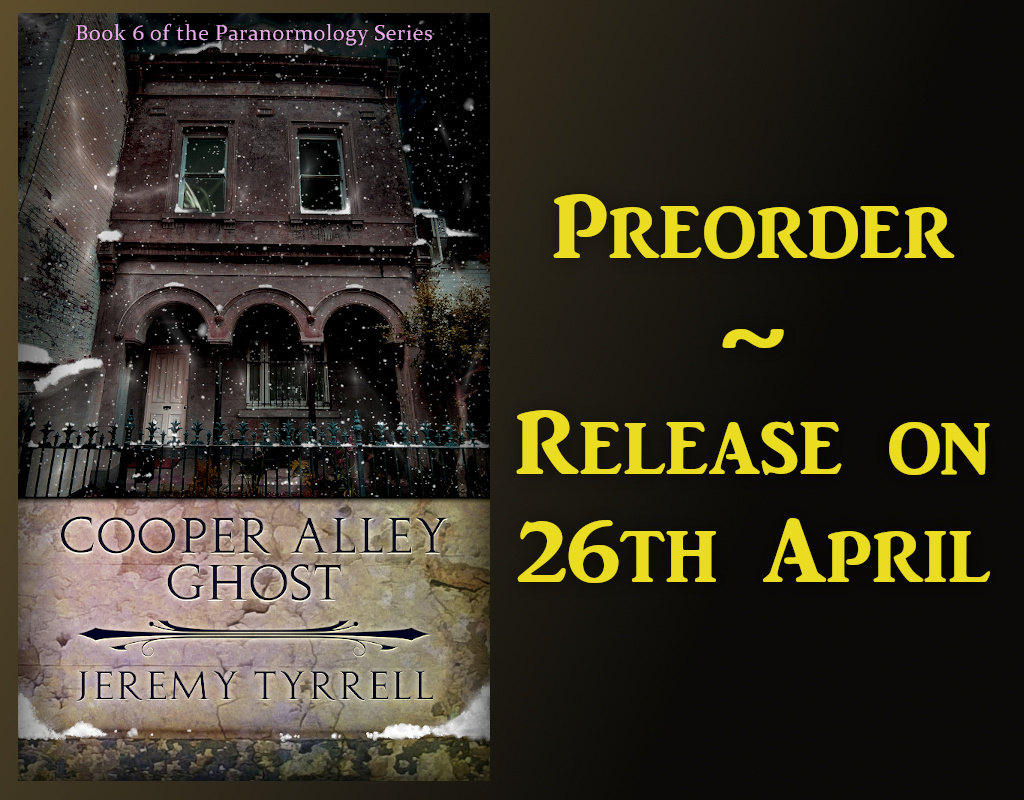 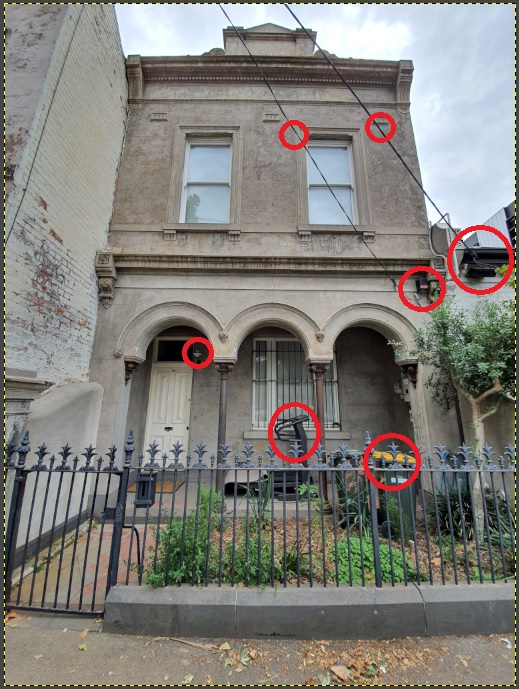 I really needed a picture of this house for the front cover. But taking the photo is only the first part of the job. Next was turning this rather old looking piece into something one might consider haunted.

The house, captured in broad daylight, was not exactly ‘creepy’ looking. Not only that, as you can see there are artefacts within that would not belong in a Victorian era story. Anachronisms, perhaps? Either way, they had to go:

We can see the walker, the plastic bins, the electrical junctions and the wires. The letterbox looks fine and the number on the door is too small to make out, so that’s good, too. Oh, right, and the compact fluorescent lamp as well. Another little ditty is the reflection in the glass – there’s a ute in there. Aaaand that building over to the right.

To get rid of these things, I used the good old ‘clone’ tool in Gimp. The technique is to carefully clone parts of the surrounding background and surface over the top of the unwanted anomalies.

This works best with consistent (like the grey bricks) or noisy (like the mulch on the ground) backgrounds. It’s a pain in the bum with distinct, contrasting objects like the fence rods and the window. For these, I had to match up the cloning very carefully indeed to avoid a glaring inconsistency with the straight lines.

Not that anyone is looking that closely, but still. It’s also a heck of a lot easier when you don’t have a Joey jostling your arm every few seconds.

I then removed the sky, twiddled with it, darkened it and kept it for later. The colour of the house and the leaves needed to be duller and more dreary. For this I adjusted the grey bricks to be more purple, and the green leaves to be more yellow. The top windows needed dulling (because we can’t reflect a blue sky at night, right?) which was a matter of using the magic selector and reducing the lightness.

With all that done, it was time to add some layering in there.

The story is set in winter, and while it is not full-blown midwinter, it’s still cold and there is a smattering of snow about. Well, that means I needed to add snow. Where and how the heck could I do that? It took some doing, but I think I got there. More on that in a tick.