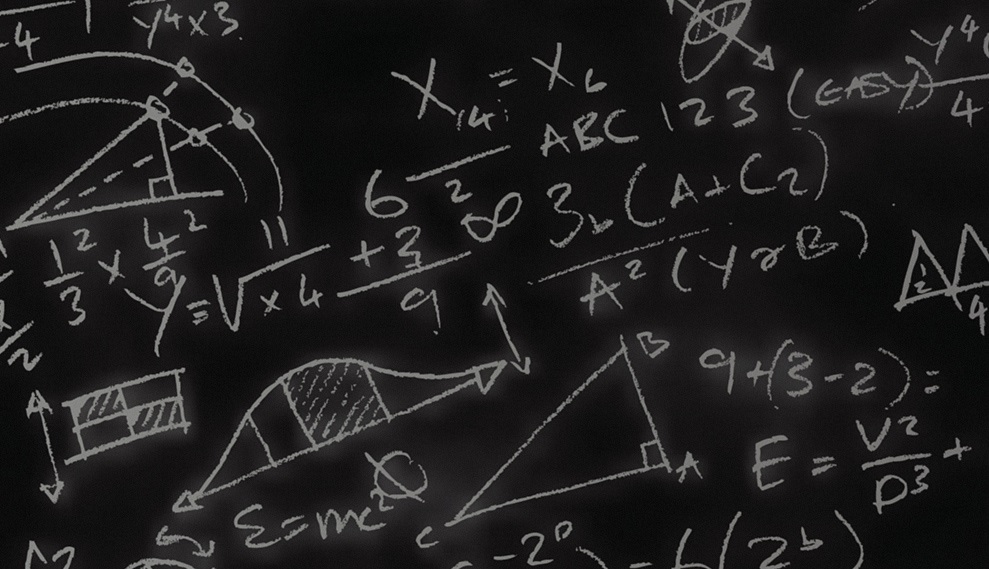 Think you’re done writing your novel? Got to the end, chuffed with the result, and you’re thinking about the front cover and proofing and publishing? Think again.

Second drafts. The slog begins anew. It’s true, the first draft can be tough, especially if you keep revisiting the plot and going back over things and changing your mind. And that’s a good thing, really. It means you don’t have the regret of ‘damn, what I should have done is…’. Happens all the time. By the end of it, you are exhausted and the story is a mangle in your mind.

Well, it is in mine, at least. The closer you get to something, the harder it is to pull back and see the big picture. That’s why I like to at least get the overall arc in there before attaching the fleshy bits.

So where do numbers come into it? That’s the title of this post, after all. Numbers are the means by which I keep myself motivated, track my progress. For a first draft, how do you know how far along you are?

That’s a good question. You can roughly gauge the overall plot in your mind, where the characters are at, how many words overall you’ll want to use… wishy-washy stuff. And there’s always the possibility you get a brain-wave in the middle of the night and shove an extra chapter in there, or rip a couple out. Eek.

So for me, when it comes to the first draft, I don’t really have anything more than a gut-inspired approximation that equates to the Nasdaq divided by the FTSE, multiplied by the price of flake at the local fish and chips.

Second draft is where it gets predictable. For example, with Iris of the Shadows, I finished the first draft after re-re-writing the original Darkness from Below. That was an exercise in itself. I then took a break of a month before coming back at it to start the second draft.

Then come the metrics. I started with something in the order of 160k words. With double spacing between the paragraphs, that equated to 490 pages in A4 at 11pt. Therefore, the processing of a single page was around about 0.2% (this number changes, bear with).

That’s two different ways to estimate that both arrive close to a common figure. Anecdotally, I can say that’s about par for me for my other books, too.

The page count was interesting. As I went along, I was deleting words and re-arranging things, and adding to the narrative. Overall, I found I was adding to the word count. At the same time, I was removing the double-spacing after each paragraph, so the page count was reducing. This meant that by the end (I’m at about 87% right now) the pages are getting closer to 400, not 490, so each page is now worth 1/400 = 0.25%. At the same time, the word count is approaching 200k. It feels like I’m accelerating (ever so slightly).

I use these numbers to help. At the end of the night, I take the current page and divide it by the current page count to give a relative progression. Some nights, I can only squeeze in 0.5%. Other nights, I gun through 2.5%. Other nights, it’s doughnuts because of other commitments. Still, as I write this, I can look back and see just how far I’ve come, just how far I’ve got to go, and this motivates me to arrange things more to squeeze out another fifteen minutes for that next page. 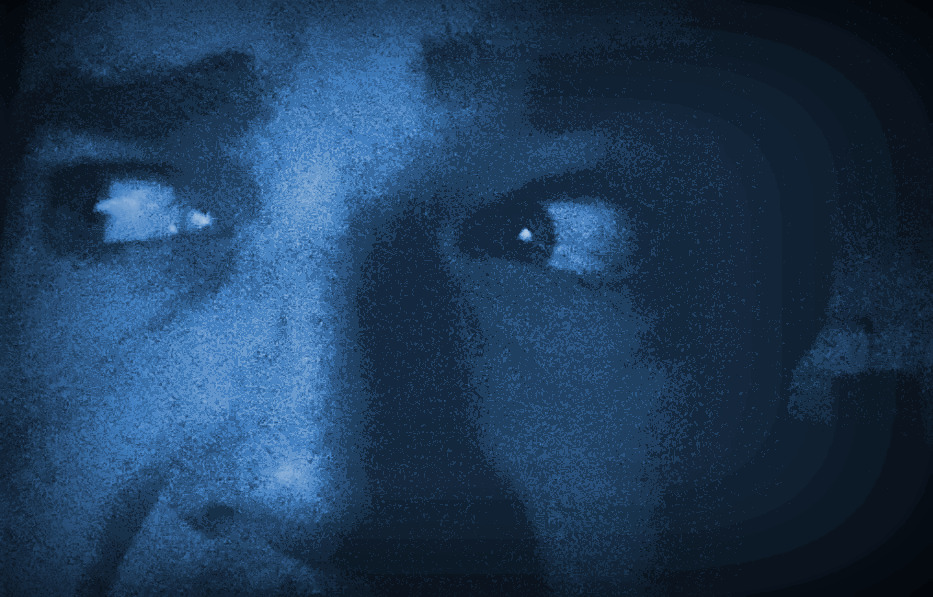 Being an independent author is a tough gig. You’re looking at months, years even, of scratching out enough time from your hectic life to whip words into line just to adequately convey a story to someone you’ll never meet. It’s daunting to publish your first story, make no mistake, and there is an underlying, all consuming, inescapable fear that what you’ve written is just no good.

It’s a natural fear, and a healthy one in many respects. Really. Firstly it encourages you, by default, to check and recheck over your work to make sure it’s in a suitable condition for that person over the other side of the world. You are actually compelled, for the umpteenth time, to check over the editing, punctuation, sentence and paragraphs structure, beats, tics, cliches, metaphors and vocabulary.

Secondly, and possibly more importantly, it draws you out from your authoring role and puts you into the reader’s role. “Will they get it?” you wonder, “Does it make sense to someone who isn’t me? Will they actually get it? Was that metaphor too subtle? Is the premise lost in the drama?”

Thirdly, you’re more likely to ‘look over the fence’ at other books, see how other authors deal with killing off their characters, see what language they get up to, what works, what annoys you (as a reader).

Of course these fears, left to fester, can prevent you from ever getting that manuscript out. Kind of a paranoia induced paralysis. If you’re anything like me, you’d make up excuses. You’d say that you simply don’t have enough time to do it properly. You don’t have the money to pay an editor to read over your stuff. You haven’t the ability to make a front cover or your laptop isn’t fast enough or, well, you’ll find anything.

That was me for years until I reached the ‘stuff it’ moment, the point where I had to do grow a pair and actually do something.

The time issues I worked through. The technological and artistic issues, I nutted out. But the fear remained. The fear sat on me like weight, holding me back.

I got to thinking, in my ‘stuff it’ moment, about what it was that was driving me forward. Why was I even bothering to write? What did I hope to achieve? I was not scrounging spare minute to sit in front of a screen for my health, nor my sanity, nor because I enjoyed the feel of keys beneath my fingers.

A few beers and some heavy introspection later, I woke up with a clearer understanding: Originally, I wrote as a way to exercise my mind, to express some little ditty I had in there, to unwind from the stress of work. Then, as I got stuck into Darkness From Below, I discovered that I could write a book and all that it needed was a solid bit of grunt. It was a proof of concept (Really, Jez? A proof of concept? Hey, I’m a software engineer. Sue me) that showed me how a little bit of writing each day can culminate, eventually, in a book.

When it came to getting that book published, however, I discovered that I could not (for legal reasons) and, I confess, I let that be my excuse not to publish. “Ah, well. Such is life.” I was relieved, since I didn’t have to face up to the stomach twisting fear that someone, somewhere out there in the big, wide world, didn’t like what I wrote. Fear had won out again.

It was a failure on my part, of course, and I had no one else to blame but myself. I could have re-written it. I could have kept the premise and the story and changed the characters and scenery and it would have been my own once more, but I was deflated, depressed once more. So what, then, was the final motivator to get me going once more?

I wanted to have something in my hand to point to and say, “See that? I did that.” I wanted to look back on my life and know that I didn’t spend so much time in front of the television that I could produce something that someone, somewhere out in the world, would read and like. I wanted my children to know that hard work and dedication, persistence and determination, do pay dividends.

At first I thought I was being ‘Selfish’. After all, I was doing something for myself, not for others. Aren’t I, as an author, supposed to put my audience first? Yes, I say, absolutely but this is not the right context.

When I write, I keep the Reader in my mind at all times, but why I write, well, that’s not up to the Reader, that’s up to me, the Author.

And this is what it all came down to: I write because I want to. Not because I’m forced to. Not because I’m paid to. Not for any other external motivator. I do my best to proof-read and edit. I treat the Reader with respect. I learn from other books, I listen to criticism, I do better each time. Still, I write because of the satisfaction it gives me, the enjoyment I get out of creating something from nothing, the sense of accomplishment when someone ‘gets it‘.

My biggest lamentation is that I sat on my thumbs for so long, letting fear eat at me, ignoring what it was that I wanted, dismissing my desires as selfish, delusional, unachievable. It would erode me, and feed that black beast. So many New Year’s Eves of my life I’d look back and think, “Yup. Didn’t get anything I wanted to get done in that year. Maybe, somehow, next year will be the different.”

Of course, it wasn’t going to be different until I decided, actively, that it would be.

If you are a prospective author, artist, musician, craftsman, whatever, if you’ve got that little spark in you crying to be stoked, all I can say is this: You can either look back and wonder if you ever could have done it, or you could just go ahead and do it, and phooey to those faceless fears. Figure out what it is you want, honestly, and then do something to make it happen.

Live a little, before you die a little.