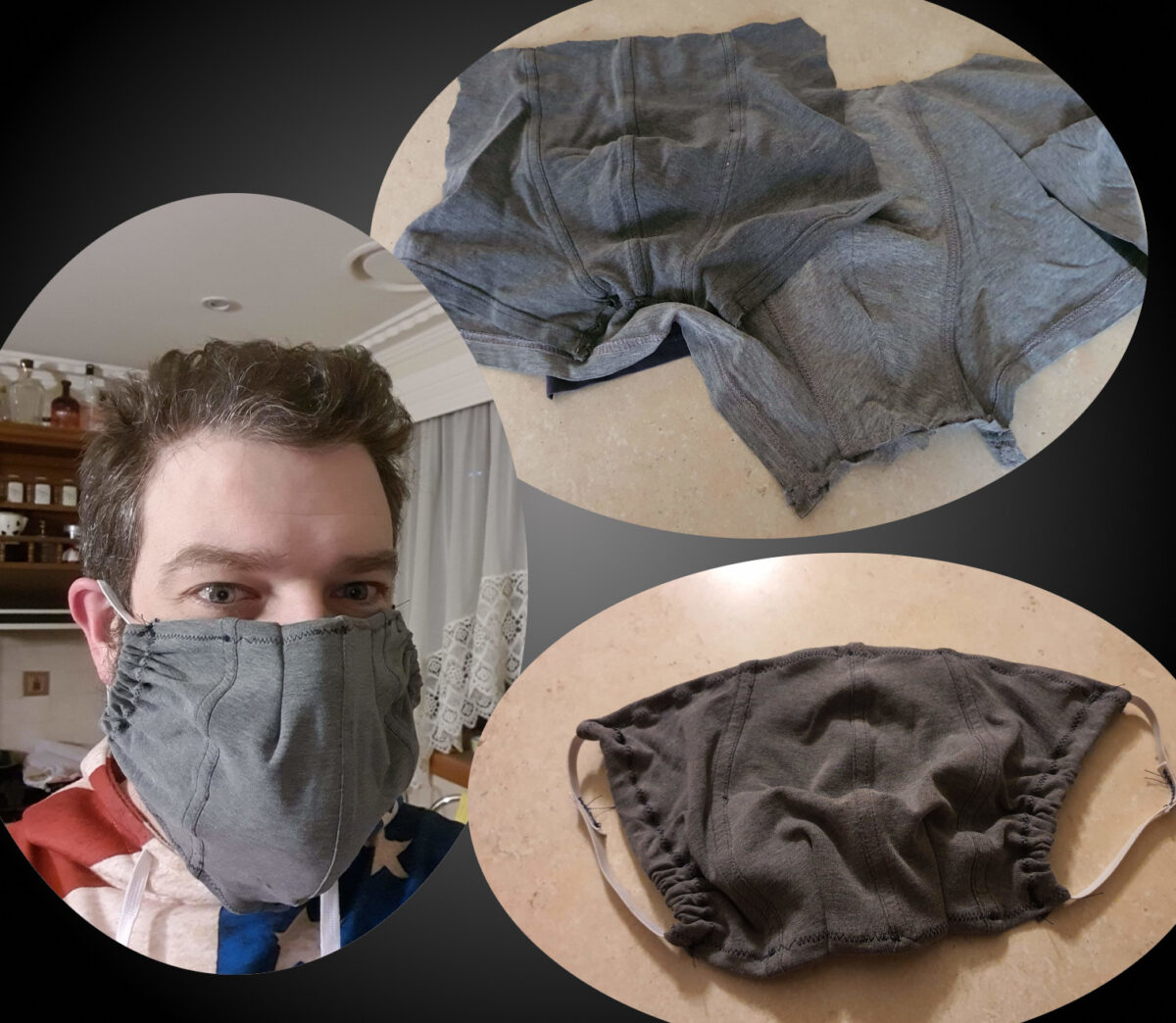 Had holes in my jocks. It’s a thing, you know, when your undies are old and you’ve worn them so much there’s nothing left in the rear and it looks like a farmer has gone and blasted you with rabbit shot.

Normally it’s a matter of going through the drawers – no, not like that, the drawers that hold the drawers – and fishing out the knickers that don’t look like they can survive another round with Mr Crotch. Those with flaccid elastic or holey rumps get tossed into the bin, neither reprieve nor quarter.

Today was different. Today we had a problem. Lock-down says we need to wear a mask or face a fine – real money – and I wasn’t about to hand over my dosh for want of a piece of material across my snoot.

The Mother of Invention tapped me on the shoulder and presented the two problems before me: Worn out smalls and the need for a facial cover. What else was there? The front of the noodle bag has a gusset, or is that a pleat? Whatever it is, it’s the bit that holds the goods and it’s shaped perfectly to form a chin. Heck, it’s like the guy who designed them used his own face as a model.

So what was left? Trim off the bits on the outside, seal the edges, put some elastic down the sides and add some pleats (or gussets?) around the nose, and job done:

Holds my sideburns and goatee, doesn’t flop around and it’s made out of that soft material that can sit against your skin all day long.

Don’t worry, they were washed beforehand.