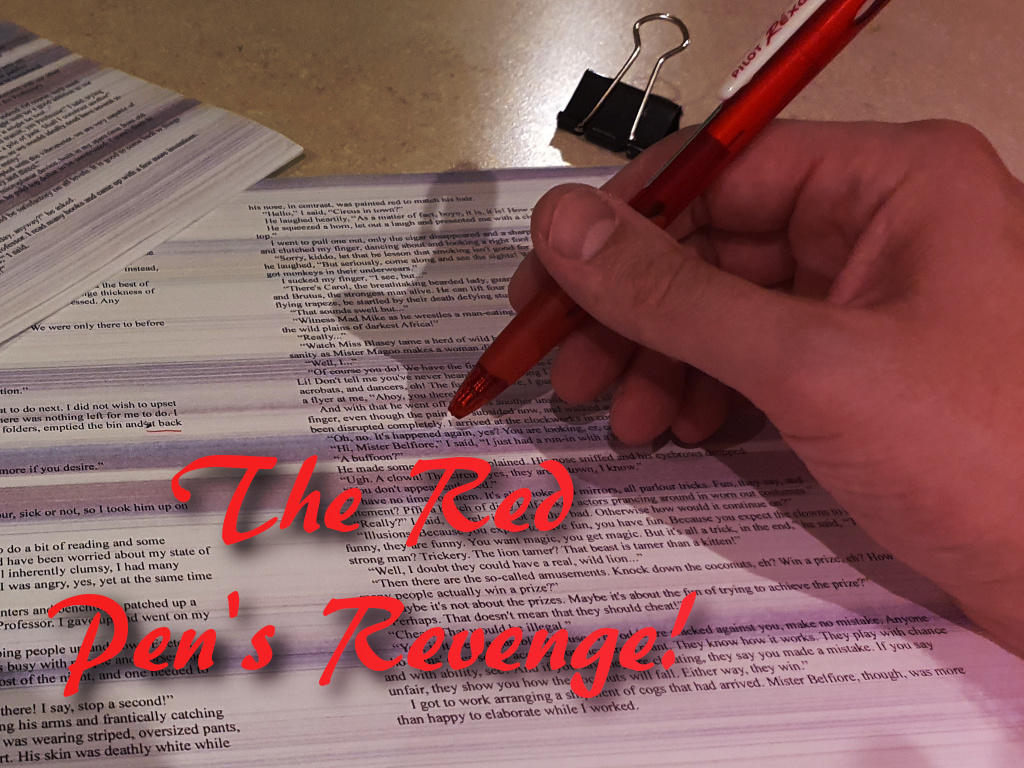 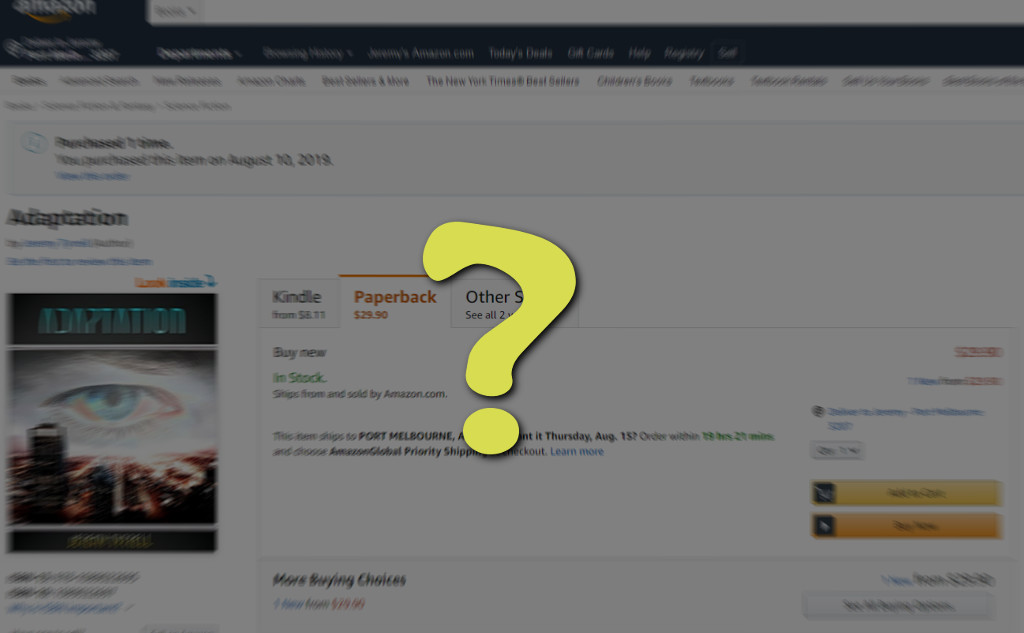 Well shucks, thanks for that, Amazon. I finished making hard copies of Tedrick and putting together a compendium of Adaptation and felt pretty chuffed. Rather than going through Lulu, I decided to use KDP instead.

It’s a different experience, better in some ways, worse in others, but altogether things were looking up. Then I clicked on the option of ‘order proofs’ because, hey, I want to make sure the books print properly. It’s something that Lulu insists upon so that you, the creator, are satisfied with how your books come out in the physical world and I totally agree with it.

So I press the button and it tells me I’ve got 24 hours to check out my cart. Fine, but first let me add a couple of other proofs. Aside from a couple of weird issues, all good.
Then I go to check out. Houston, we have a problem. There’s a big, fat splash of red writing across the page (that’s never good) telling me that what I want isn’t possible. Why not?

It turns out that Amazon.com ain’t delivering to Australia no more. That’s right. I can’t purchase my own book. I mean… really?
Looking this up online answers my question: Really.
It seems that because Australia has the GST (A 10% tax on sales), purchases from overseas websites need to attract that tax. I’m not sure of all the politics behind it, but it seems to be something like a dummy-spit by Amazon.

“We don’t want to apply your taxes, so we’re not going sell anything to you unless you purchase from the Australian website.”
Great, but that doesn’t help me because the KDP proof doesn’t allow an Australian marketplace shipment, so I’m forced to use the American one. And around we go. So the tokens expired, I ordered it all again and this time sent it through a freight forwarding company, MyUS.com. The idea is that Amazon ships to them in Florida, then they ship it to me in Melbourne.

It looks legit. Only thing is that now delivery will necessarily take longer and cost more because there are now two shipments involved. Ah, well. So long as I can get the rotten things, I’ll be fine.

Still, I think the whole thing is a bit stupid from a buyer’s perspective – I am willing to pay money for available goods, but because of a spat between a corporation and a government, I have to go the hard way around, pay more and wait longer. What’s more, with Lulu, who also sell through Amazon, they seem to outsource the printing locally anyway, meaning I don’t have the book being sent from half way around the world.

Strange thing is that I just tested purchasing a gas tank from Amazon, and that seemed to be shippable from the US. So A petrol tank can be shipped, but books can’t? I don’t get it.

Even stranger, when looking at the page for Adaptation, it says it can be shipped to Australia, whereas Tedrick Gritswell cannot. Now I’m really confused.

If anyone has any insight, I’d be glad to hear it. 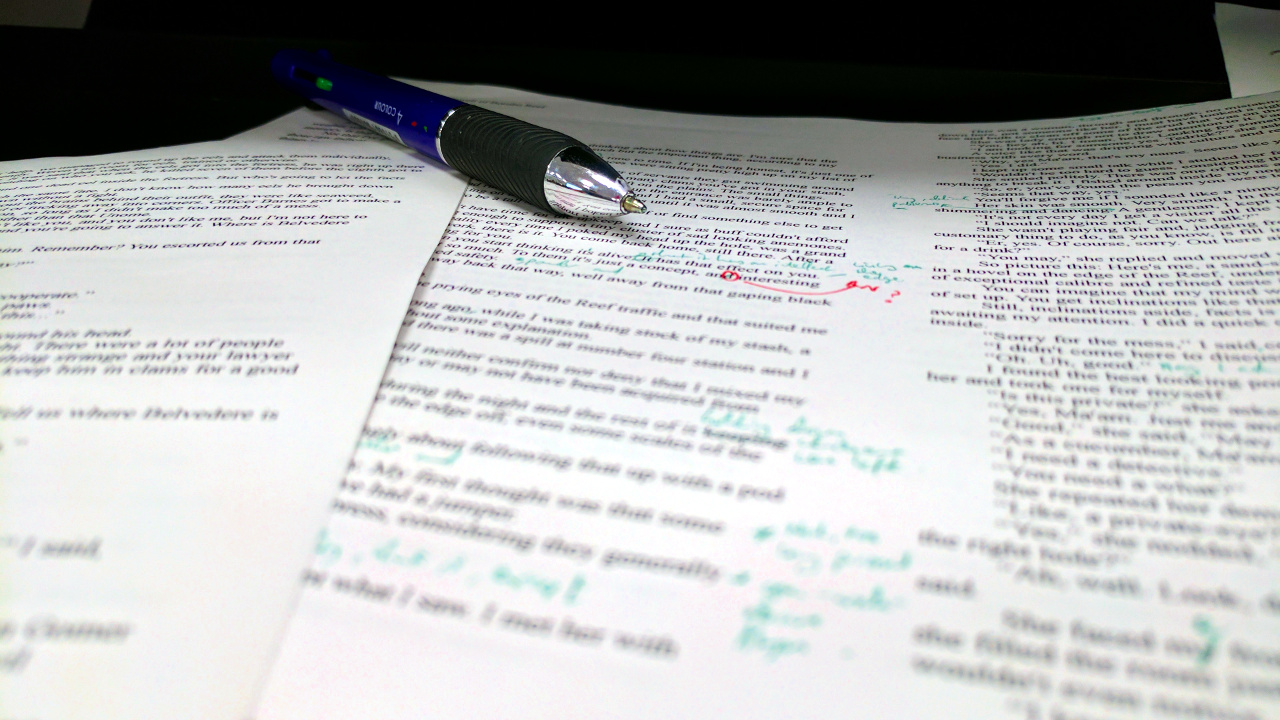 Who ever said that writing was glamorous? Not me, I can assure you. I can think of many words to describe it. Glamorous doesn’t make the list.

The writing bit is fun. You know, making up the story and getting all the words on the paper and building up characters, scenes and plots. That’s a hoot, but not glamorous. It’s fun, sticky and sugary, like eating dessert for an entree.

The marketing – promotions, adverts and posts – that’s all boring but essential, like steamed vegetables.

The worst part, for me at least, is editing. I’ve already read the damn book. I’ve worked over little details, scrubbed whole bits out, rammed other bits in, smooshed it, smoothed it, worked at it and sat on it. Then, after a period of recovery, I get to do it all over again.

And that’s just the second draft.

Rinse, repeat. Third draft. Oh brother. Looking down at the plate, you’ve got something in the realm of cold porridge, mixed with a spoonful of unsoaked lentils.

Ugh. Editing. Spoon by spoon, it’s a slog to get through, especially the third draft. It’s where I have to concentrate not only on grammar and spelling, but flow, repetition and any major flaws that are sitting there. Did Barnes come before or after I fought the Unome? Was Belvedere oblivious to Sassam’s plot? How much did Wyra blab to Coraline?

Yes, these should have been taken up in the Second Draft. Doesn’t mean they were. Consider it the last chance to nut all of that out before the galley is produced. I’ve had some assistance to this end in the form of my father grabbing a red pen and for this I am very, very grateful.

Of course, since he stole the red pen, I’ve been forced to use the green for my own amendments. I can live with that. Want to hear the good news? It’s all done. The hard-copy side of things, that is. Now comes the second part of the editing task: working back over the printed pages and translating the scribbles and scrawls, side-annotations and asterisks over to the electronic version.

This the is down-hill part of the task. Doesn’t mean it’s any less unpalatable, just that it takes less time.

What’s the date today? May 1st. Cool. In that case, I have reached the decision to put this book up for pre-release May 4th on Amazon’s KDP (the Kindle Direct Publishing thing), for an official release June 1st. That’s from a Thursday to a Thursday.

I’ll try my best to document the process. I’ve got Smashwords and Lulu down, but the KDP is still a bit of a foreign concept.