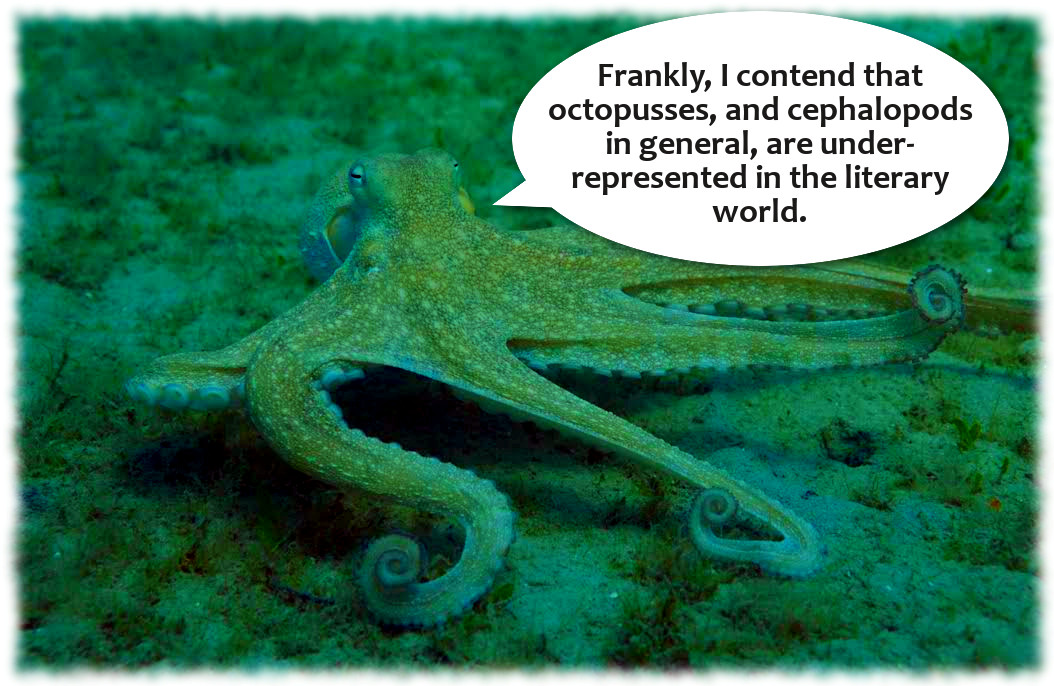 After each release, I get deflated. Steam whistles out of my joints, my brain shimmies to a halt, my fingers become indecisive. Floff! That’s me for stint. Don’t worry, I’m not slacking off or anything. There’s always more to do. It becomes a matter of prioritising based on necessity.

I have to answer that burning question, “What’s next, Jez?”

Do I continue with the Paranormology series? Do I resurrect some of my older works and bring them up to speed? Well, both of those prospects are tempting, but I’ve decided to give that funky cephalopod a bit of love.

That’s right! Tedrick Gritswell is getting another book. And why not? He’s a hero. He has an assist-kick to help him. He has escaped the clutches of the Abyss. He’s only just getting started!

This time around I won’t be using KDP. I found it too restrictive, too cumbersome. I didn’t really enjoy the advantages touted and, frankly, I prefer Smashwords.

Of course, I’ll want to get a jump on the front cover as early as possible, but I’m not sure how that’s going to look yet. I’ve only got the skeleton of the story sketched out, and I’m still changing that around to suit.

In a nutshell, it’s more octopus fun for me.