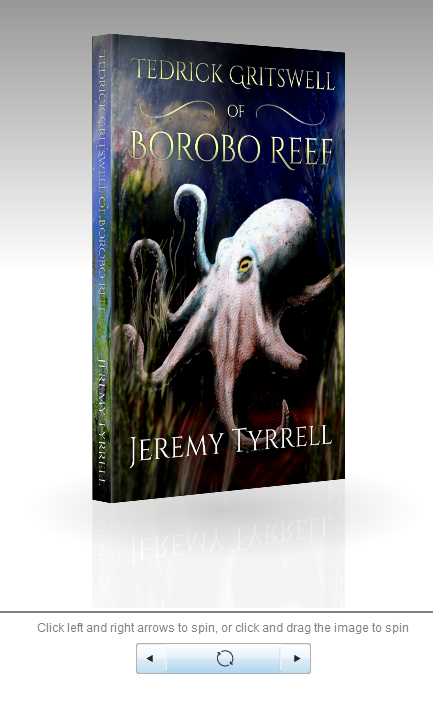 The Good: with KDP I was graciously allowed to advertise with Kindle, and the readers of KDP Select could read the book freely.

The Bad: I couldn’t distribute the book under any of the other normal routes, like Barnes and Noble, Apple, Kobo or Google or, of course, Smashwords.

Which means I missed out on promotional periods like the Smashwords End of Year Sale.

Live and learn. Well, you know what? End of Year is today, and the sale is on until tomorrow, so I’ve added all my books as free AND, plus, also, to boot, Tedrick Gritswell is now available in Smashwords!

and get your copy in whatever format you’d like. Be sure to use the coupon code EY100 at the checkout.

Give it a few days and it’ll be up on iTunes and Google and the rest (not free, sorry). 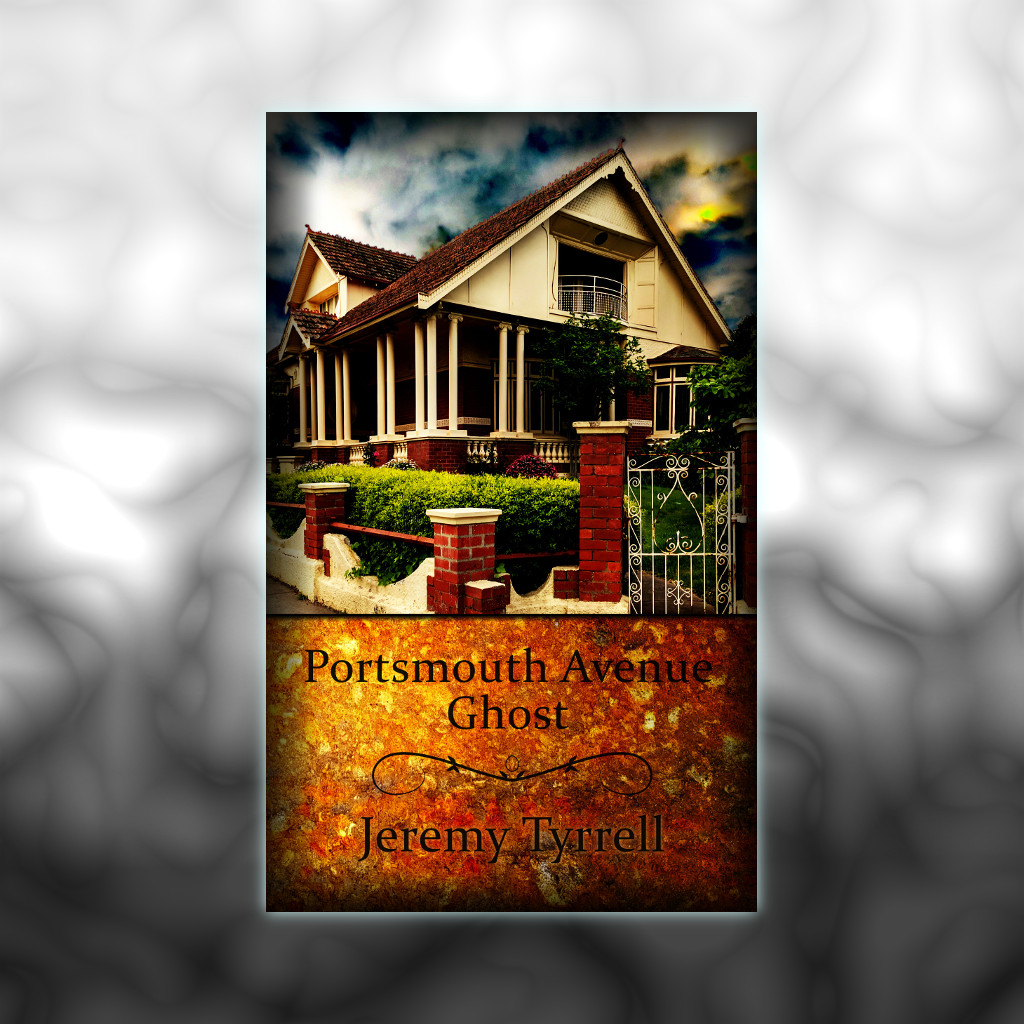 You know, I think I’m going to make a new rule. When it comes to releasing titles, I’m going to deliberately hold off past Christmas. With the development-o-meter hitting a full scale deflection, the obligatory seasonal parties, obligations and preparations, and the viruses that hover about until you’re just on the edge of desperation before striking you down, there’s not a lot of time left for everything else that falls under the category of ‘not immediate’.

So it got to yesterday – at least I think it was yesterday – and I was asked, “Hey Jez, don’t you have a book coming out?”

Oh, crud. Right. That. When was that again? Between all the competing voices nagging and braying and screaming and screeching, there was a meek little squeak calling, “Jez, Jez. Don’t forget about me.”

Well I didn’t really forget as much as neglect. Sorry, little guy. It’s a bit pathetic, but here’s your launch. Ahem:

Hey, y’all. Portsmouth Avenue Ghost, Paranormology Part 5 is out on Kindle, Kobo, Smashwords, iTunes, Barnes and Noble and Google Play. And a bunch of other, independent distributors. I hope you enjoy it.

You can find the book’s links on this page, Portsmouth Avenue Ghost or you can go to the following:

It’s not on Lulu just yet, that’s taking a bit of time, but all electronic formats are supported. 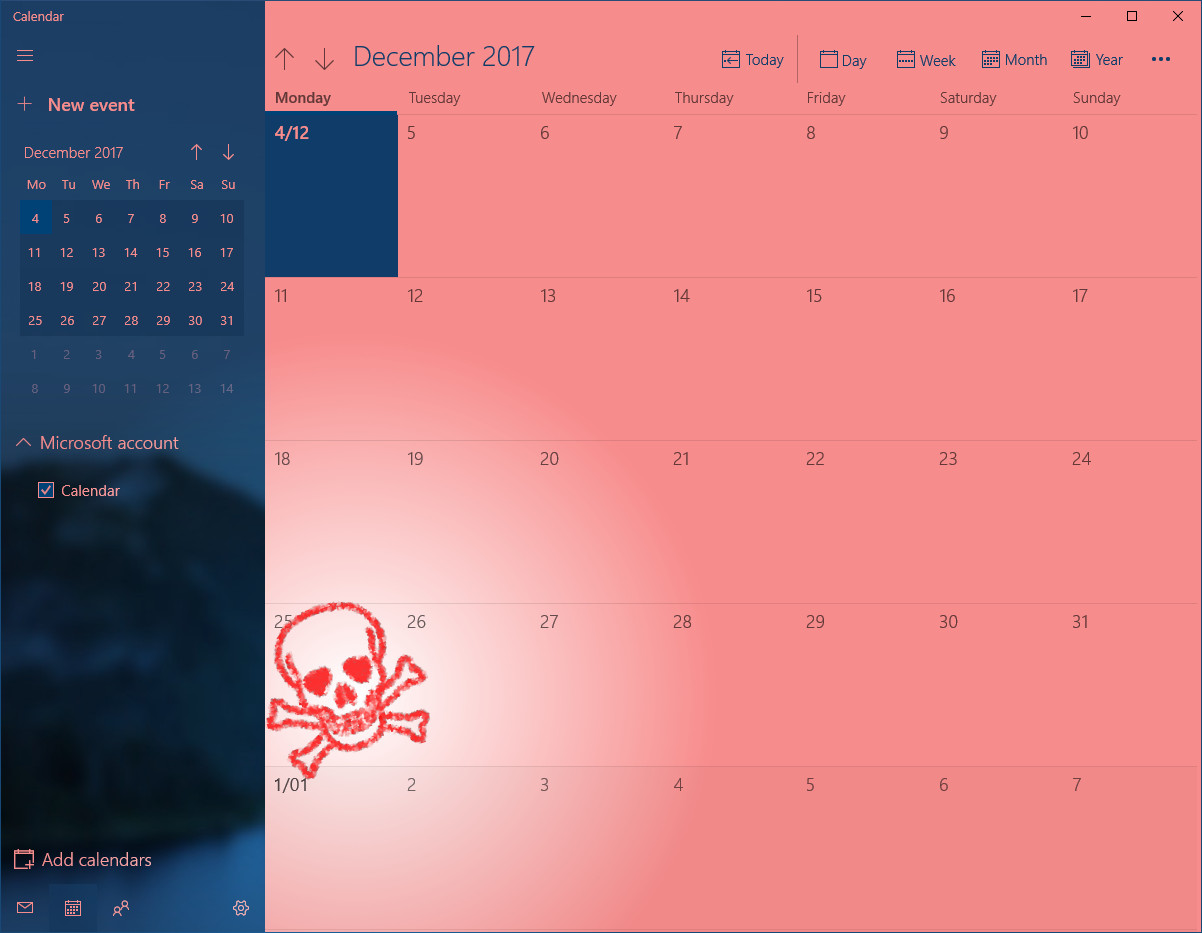 In the previous post, I explained that Deadlines are a necessary tool to keep yourself on track so as to make your dream a reality. Being honest with yourself is key, but that brings up an important point: The creation and maintenance of Deadlines is just as important as the fulfillment.

Imagine this scenario: You want to publish a book by Christmas and it’s the start of November. You set yourself the Deadline of first draft by end of December. Second by December 15th. Third by 20th. Cover by 22nd and the publication by 24th. Whew! You busted your hump and drank way too much coffee and typed until your fingers bled, but you made it, right? Right?

Why? What went wrong? You adhered to the Deadlines and you hit each one! Yeah, sure. But at what cost?

Firstly, your book is going to suffer. Unless you’re talking about a short story (and even then…), it will be rushed. It will be incomplete. Like a stew, a book needs a chance to simmer and reduce. It has to be tasted along the way to adjust the seasoning, the spices, the ratio of meat to vegetables.

Secondly, you’ve burnt yourself out. Yes, it’s essential to keep yourself motivated and moving, busting through Writer’s Block and keeping distractions away, you do need down-time. Sanity is expensive.

In short, if you’re putting all you’ve got into squeezing out an unseasoned, bloated sausage, then that’s exactly what you’re going to get.

Here’s the deal – the first part of making Deadlines is to understand their purpose. A Deadline is a tool that you can use to stay on target to turn your dream into reality. The Deadline does not drive the book, rather it assists the author.

The dog wags the tail. The hammer strikes the nail. The Book determines the Deadline.

The date of release of a publication is dependent upon the content of the publication, not the other way around.

“I’ve got a romance novel, so it must be up by Valentine’s Day.” No.

“This horror story will go great for Halloween.” No.

“The anniversary of the Treaty of Versailles is the ideal time to launch.” No, no and three-times no.

The problem here is that this attitude is giving all the power to the Deadline, and none to the Author. The Deadline, after all, is lazy. All it needs to do is point to a date and make you feel terrible that you’re about to go over. Who’s doing all the work? The Author is. How much work is involved? That depends on the size and scope of the book.

If you’re talking about an historical novel, there’s going to be a sizable chunk of research required. Notes. Cross checking. References. Interviews.

If, instead, it’s a romance, the steamy scenes and character development need a lot more than a cursory glance.

In short, the book will take as long as it needs to take. If you force the book to conform to an arbitrary date, then something will inevitably be cut out.

I can type fast. I can’t break any records, but I can pound the keyboard at a solid clip if I’m on a roll. Does that mean I can divide the total number of words I wish to write and divide it by my average word per minute score to find out how long it’s going to take me? Yes, that would make mathematical sense, but in a practical sense it’s far from useful.

You can see straight away where the problem lies: No one is going to type, non-stop, at one word per second. Heck, even while writing that last sentence I stopped and thought, corrected an error or three, and planned what I was going to write next. The reality is that your rate of writing is not going to be 80k words per day. Not even 10k.

Base your estimates in reality. If you can, on average, push your commitments around enough to squeeze out 500 words per day, then you’re on a good trot in my books.

The rule here is to determine what is an achievable, maintainable rate of progress, not some theoretical maximum.

There’s the external, physical reality to contend with, and there’s also your own abilities, failings and commitments to take into consideration. You’re not a machine, you’re a person. It’s not a matter of flicking the creative switch, leaving your fingers to type for an hour and then turning the switch off.

There are distractions. There are emergencies. There is the constant reshuffling of priorities. The boy comes in with a tummy bug. There’s an open for inspection on the weekend. You have to stay back an hour at work. You find out, firsthand, the tummy bug is contagious. Ew.

All that and more.

Your 500 words per day is looking a little shaky. You know what, let’s drop it down to 400 words per day, and give yourself a 20% buffer zone. That means if you happen to bottom out one day in five, you’re covered.

You can argue that it can go the other way, that there are times when Aunty Mavis cancels her booking and won’t be coming over for the weekend. That frees you up, and you can do more than your quota. This is true. Averages says that you will win. Sometimes.

From my experience, though, any free time available is quickly sucked up by other tasks. Aunty Mavis isn’t coming down? Then get cracking on cleaning up the garage. Pick up that list of Honey-Dos. Nature abhors a vacuum and the same can be said for disposable hours.

If you happen to reach the Deadline beforehand, bully for you! That’s great! Crack a beer and pat yourself on the back. Budget for a 20% buffer, and you’ll save yourself a lot of heartache.

You’ve done the maths and factored in a buffer and you’ve made a deadline for your first draft.  Turns out it’s a good 26 weeks away. Might as well be Christmas, right?

The 26 Week mark is your Deadline, the target you must hit, but it’s so far away. How do you know, after you’ve gotten started, that you’re on track? This is where Milestones come in.

Remembering that Deadlines are a tool to keep you on track, not for punishing yourself, think of Milestones as reminders that you’ve committed to finishing what you said you would, when you said you would. Everyone else who wants something will make noise at you, post reminders, nag even, but a Deadline really only gets vocal as you approach it.

Milestones give your Deadline a voice.

I don’t like going into word count too much, so my Milestones tend to be based on structure and Chapter count, but nothing says you can’t have both, or something else entirely. Heck, if you’re doing a multi-arc story, you might consider the completion of one arc a milestone.

Deadlines are commitments. If I commit to finish my first draft in six months, and the second draft by the following month, and the third by the month after that, I’m setting myself up for failure.

The lesson here is to commit to the next Deadline in sequence, not all of them at the start. Plan for them, sure. Set up the expectation with a fuzzy “I’d like to be finished by about… July”. That’s good, since it gives you a general goal.

When you reach August 10th, and you wearily click the ‘print’ button, then step back and look to the next Deadline. You’re knackered. You’ve been burning the midnight oil. You need trolleys to carry those bags under your eyes. Can you keep up the same speed? Heck, no. Need to give yourself more time to do the second draft? Yes, please! Reassess and adapt the deadline to how you are after each completion.

Adapting also comes in the form of learning about yourself. Naturally, you’re going to get faster at writing, at correcting and editing, at formatting and the like. The time taken to create a skeleton plot and structure this time around is going to be less than last time. If you’ve got a series, and you’ve already introduced characters and places, you need even less time for their development.

If you’re writing about a topic on which you are well versed, it’s going to be heck faster than if you need to stop and research every other page. If you’re used to writing short stories and you want to tackle a novel, consider that it’s not a linear relation between time taken and word count and so past performance may need an extra buffer when it comes to doing something unfamiliar.

One must be disciplined when it comes to following Deadlines, so ensuring that they are achievable at the point of creation is essential to success. Creating iterative, shorter Deadlines rather than a few, long ones will allow you to reassess your progress regularly and give you breathing space.

Being honest and practical, using reality to drive the Deadline rather than desires will give you the best chance of meeting your goals, and, at the same time, gives you a solid base upon which to base future estimates.