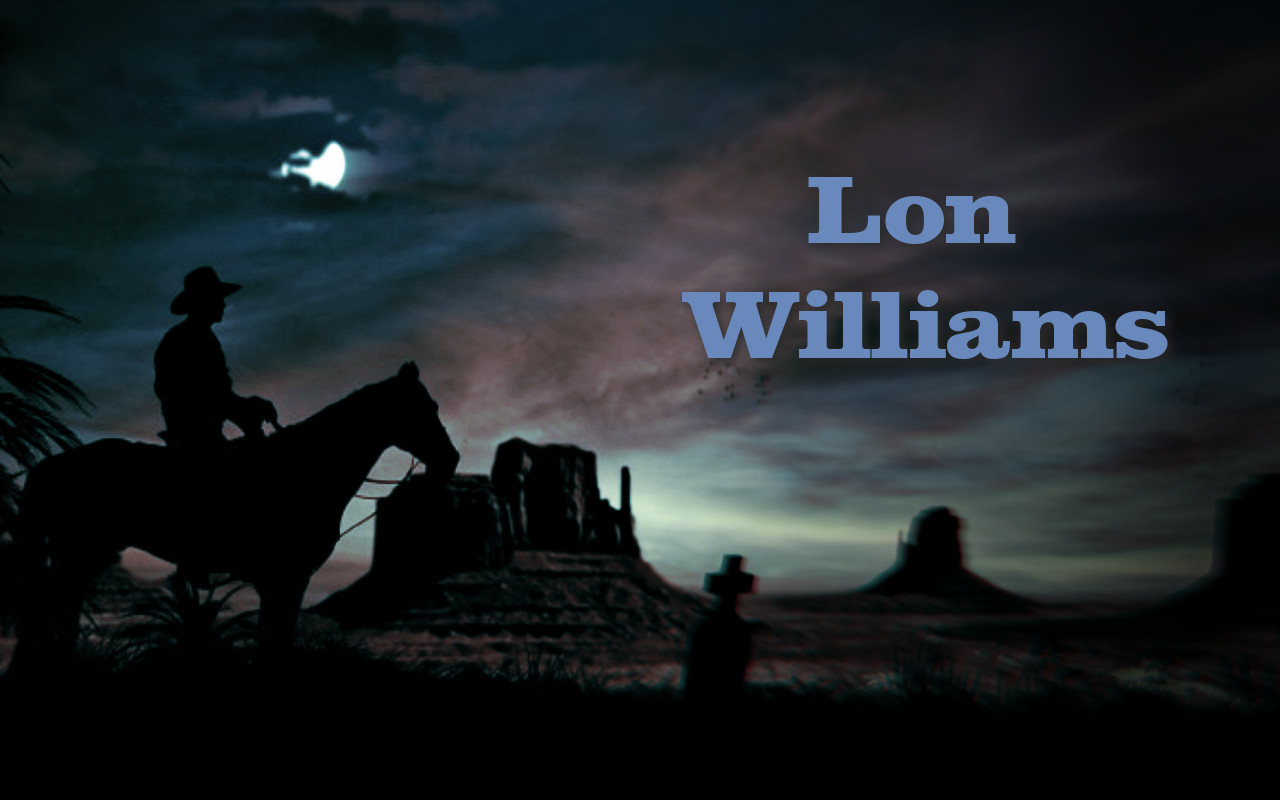 Yeehaw! Saddle up and slip on your bolo tie. I’m currently reading ‘Weird Westerns’, a collection of shorts by Lon Williams. Haven’t heard of him? Neither had I. I took a punt and it paid off.

His protagonist, Deputy Marshal Lee Winters encounters all manner of odd characters and ghosts as he goes between towns in search of ‘monkeys’, the outlaws and badmen he’s been tasked with capturing. Six-shooters, stubborn horses, prospectors, coach robbers, stinging dust and an indifferent moon, all the traits of a decent western.

As a pulp writer, Lon Williams stuck to his formula throughout each story and reading them all at once is certainly not what the author had in mind. Indeed, it becomes repetitive, since the plot, characters and even crisis points are all derived from the same spot.

Isn’t that a bit lazy?

I don’t think laziness has anything to do with it. As a pulp writer, he would have a limited number of words he could squeeze into his space on a magazine. He wouldn’t have the run-in time to introduce a whole world with a great cast of characters with deep and complex backgrounds. Over the course of many stories, we do get to see different sides of the two main characters, Winters and Bogannon, and we’re introduced to more of his resourceful wife Myra, but each book can’t spend the time to dwell on that.

Does that ruin the story? No. Not at all. In fact I find it refreshing that the author can give a solid context, along with a sense of suspense, space and loneliness in only a few short lines. From the opening of “The Dancing Trees”:

“Deputy Marshal Lee Winter, nervous and confused from his recent skirmish with death, got caught by darkness in that cliff-bound, ghostly region southeast of Forlorn Gap significantly known and dreaded as Plutonia. A full, late-winter moon – which had risen soon after nightfall – cast weird patterns of light and shadow not at all conducive to peace of mind. Winters rode in hazy, constant dread and started fearfully at every new sound. When reality and fancy merged and became inseparable, he was scared even more, for then imagination alone limited the creation of bogies.”

What’s interesting is that, even though they are short, each book is self contained, detailing everything that needs detailing, and nothing more. What’s even more interesting is that, by sticking to his structure, he’s able to fit more into the limited words he has available. The constants – Bogannon and his Saloon, Winters and his reluctant, almost cowardly attitude, Alkali Flats, Forlorn Gap – are there to prop up the ‘juicy’ bits.

Winters can encounter ghosts on his trek and we don’t have to ask why. Strange men can trick others and lead them to the slaughter and we don’t need to know their background. Barkeep Bogannon does the psychological profiling, Myra does the historical and Winters takes care of the physical – and often metaphysical – side of things.

In many respects, his stories contain elements of Grimm-style fairy tales, of accepting or ignoring advice given by strangers, of outsmarting the bad-guys using their own trickery, of quests in return for rewards. So while the stories often repeat themselves, in the broader sense, they are entertaining and fresh in the details.

Anyway, I’m thoroughly enjoying it, but it got me wondering where the word ‘Weird’ came into things.

Exactly. The stories are fanciful, and there are ghosts and stuff, but is that really weird? So I went and had a poke around. I never knew it, but there’s a whole genre of ‘Weird’ fiction and it’s one of which I am a fan.

Of course the question is, what is it? Isn’t it something like Speculative Fiction? No, it’s not, since that’s an umbrella term and it’s what encompasses Weird Fiction. It also encompasses larger groups like Fantasy and Sci Fi and the like, so no, it’s not.

So what is it, then? Hold your horses. I had to do some more poking around to get a clear answer, and here’s what I’ve found, pardner.

Weird Fiction is a style of writing that brings together stark reality – Deputy Marshal Lee Winters, his horse Cannon Ball, Forlorn Gap, the cliffs and ranges – and meta-physical elements – Insanity, prescience, ghosts, vivid hallucinations, gods, myths and legends – and stirs them in a pot and presents them in a ‘just-so’ context.

You find icky bits, gruesome bits, uncomfortable bits, macabre, even horrific bits, but they are secondary to the main article.

So, who else is a ‘Weird’ author? First name off the list of who’s who is none other than Edgar Allen Poe. Death, murder, insanity, meta-physics coupled with science, every-day and reality. He’s not quite horror, and he’s not fantasy, and he’s not murder-mystery.

Next name that has to be mentioned is Lovecraft. His stories, often narrated from the first person, start off naturally enough, with explorations and adventuring, ships and locomotives. Rifles and trees. Normal things. The next thing you find is that there is an underlying, sinister tone that comes from a deity or latent monsters that leave clues as to their nature.

Throw into that mix Franz Kafka, Robert Howard, Bram Stoker and Mary Shelley and you get a feel for the genre. It’s a hard one to pin down, borrowing elements from here and there, but it certainly is its own thing.

Now, when someone asks me what genre I enjoy, I’m confident to hitch my pants up, drop my thumbs into my belt and say, “Weird”.