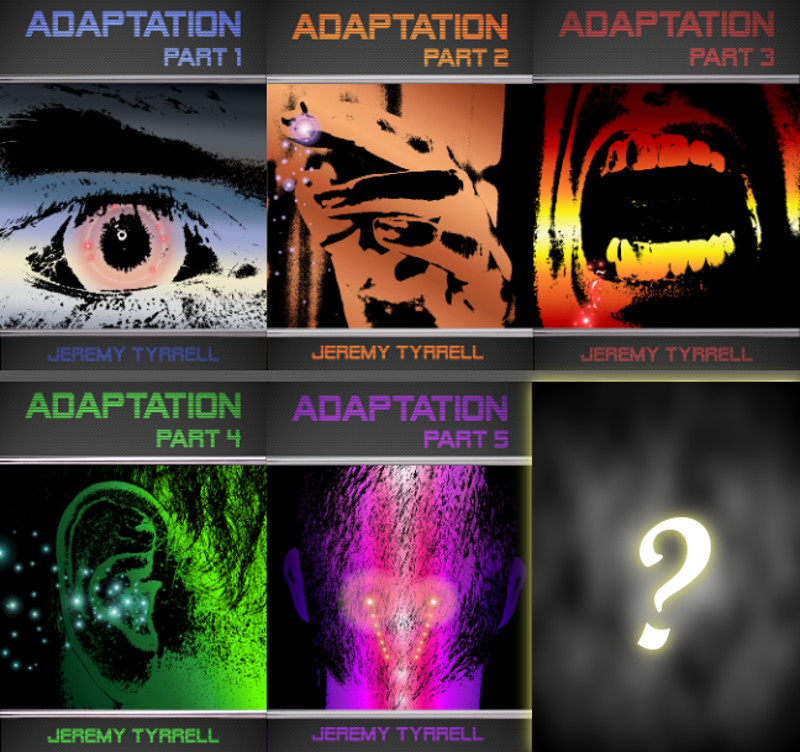 Well who would have thought they’d see the day, eh? Eh? Adaptation – Part 6 is heading for completion in December.

You heard right. The much-anticipated conclusion to the Adaptation series is due for release before Christmas. I’ll be making a space on this website soon enough. As per the others, it will be available from all platforms upon release, from iTunes and Barnes and Noble, to Kobo, Google Play and Amazon Kindle, along with our good friends over at Smashwords.

As a heads-up, just like the other Adaptation parts, it’s not exactly suitable for children what with the violence and swearing and other unsavoury topics.

Is there a cover? A fixed date?

No cover just yet, kiddies, that will come soon enough. I’ve got to the second draft going first. How’s this for a deal: I’ll do another post when that’s done.

As for a fixed date, the unofficial launch will be December 15th (ish). Don’t worry, I’ll be banging on about it a fair bit, so you won’t miss out.