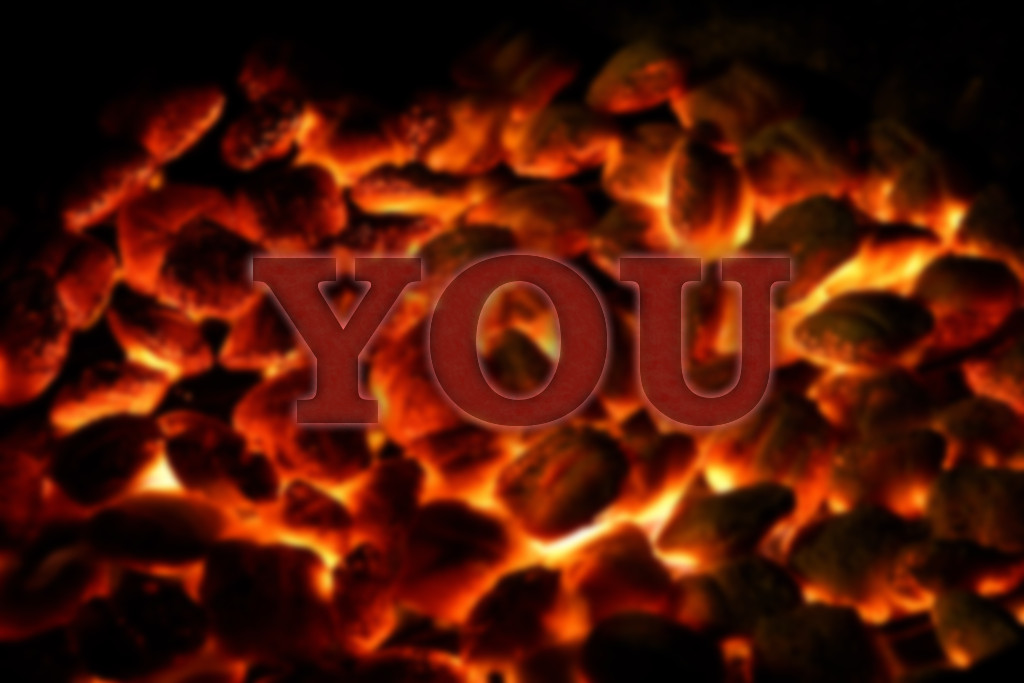 Last post I ended with the line “…Why not stick a little of you inside there?” ‘There’ being your work, ‘you’ being you.

It’s a vague line. It kind of smells arty-farty or new-age or cliched or something, doesn’t it? But I meant it. Putting yourself into your work is by far the best way to brand yourself. Not the easiest, not the fastest, but best for longevity.

Put yourself into it

Knowing that this applies to all facets of your work (not just art), I’ll use writing as an example. Let’s start with style.

If I try to write like Dean Koontz, and I’m sure I probably could if I studied his style and mannerisms and all of that, then my books would be merely ‘Koontz’ clones. I wrote them, yet I’m not in them. If, however, Dean Koontz is a major influencer of my work, but I’m not actually seeking out to emulate him, then I’m free to add my style to it. It might be considered ‘Koontzesque’, that is in the style of Koontz, but since there’s too much of me in there, it’s not a Koontz clone.

To give a different example, say I paint in the manner of Van Gogh. If I copy his works and contribute nothing new, then my paintings, although nice, don’t have me in there at all. If his style influences the way in which I paint, not dictates it, then I can do stuff ‘my way’. My painting may be considered ‘Van Goghish’ but they are distinctly my own – I’ve made them, not copied them.

I would argue that it’s practically impossible to come up with a new style of anything that cannot be linked to someone who has ‘done it before’. OK, that’s fine. Not an issue. You are still quite capable of producing original work.

While my style my be linked to someone else, what cannot be attributed is my experiences, my history, my life. We are shaped by our environment. All those events, big and small, those catastrophes and celebrations, explorations both physical and metaphysical and, importantly, your decisions, all of these have contributed to what you are.

That’s a fingerprint right there, isn’t it? That’s something unique to you and, while it might be similar to another person’s, it cannot be the same. Two men go off to war together, fight on the same line, see the same things, but their upbringing, their circumstances and their philosophical outlook on life – and just about everything else – will be different.

How does that help you? Simple. Stick it in your books. Build your characters off those characters you know and love – or hate. Use them as a template. Exaggerate their attributes. They’re your creations, built from your experiences, viewed from your perspective – they are extensions of you since they come from your world.

Likewise the places you’ve been. Used to live in a depressing suburb? Walked the streets of a shantytown? Entered the marbled floored foyer of a grand hotel? These are things you know because you’ve experienced them. You smell the bacon frying whenever you walk past the corner cafe every day, you hear the cars and trucks rumbling the overpass on your way to work. These are experiences unique to you.

I read a few Morris Gleitzman and Andrew Jennings books when I was a kid. Generally narratives, they start off with the ‘near end’ of the story, then back track to the ‘how I got here’ and finish off with ‘And here’s the end’. Not every time, but often. Often enough that, after a while, I could pick the pattern.

Lately I’ve been reading some Henry Beam Piper. Through each of his books, he has common elements of science fiction: Burp guns, sonic stunners, Para-time police. While these things aren’t unique to him, they are his in as much as he uses them, to great effect, to drive his stories.

How about Asimov’s positronic brain or the Laws of Robotics? Other authors have used these, but they remain distinctly Asimov-esque.

Even the elements that make up a story can be a signature. Bedford-Jones with his swashbuckling, reluctant hero. Frederick Forsyth and his multi-plot spy thrillers. Defining a signature isn’t necessarily about a word or a phrase or a theme or a character or a situation or a plot-device… it’s about any or all those little things, and more.

How would Tim Burton portray a fairy tale? How about Spielberg? How about Linklater? How do you know? Not because they shout from the rooftops their style and ideals, they put all of that, themselves, into their work.

Remember: It’s not about inventing a new ‘you’. You’re already there. All the pieces are in place. If you try and make yourself out to be something you’re not then your audience will be more than a little miffed.

It’s about looking in the mirror and figuring out just what you can enhance, what you can play on to make what you produce unique to you.

Next post I’ll be looking at using the internet – this magic thing that does stuff – to help your quest to be seen and heard, so stick around.