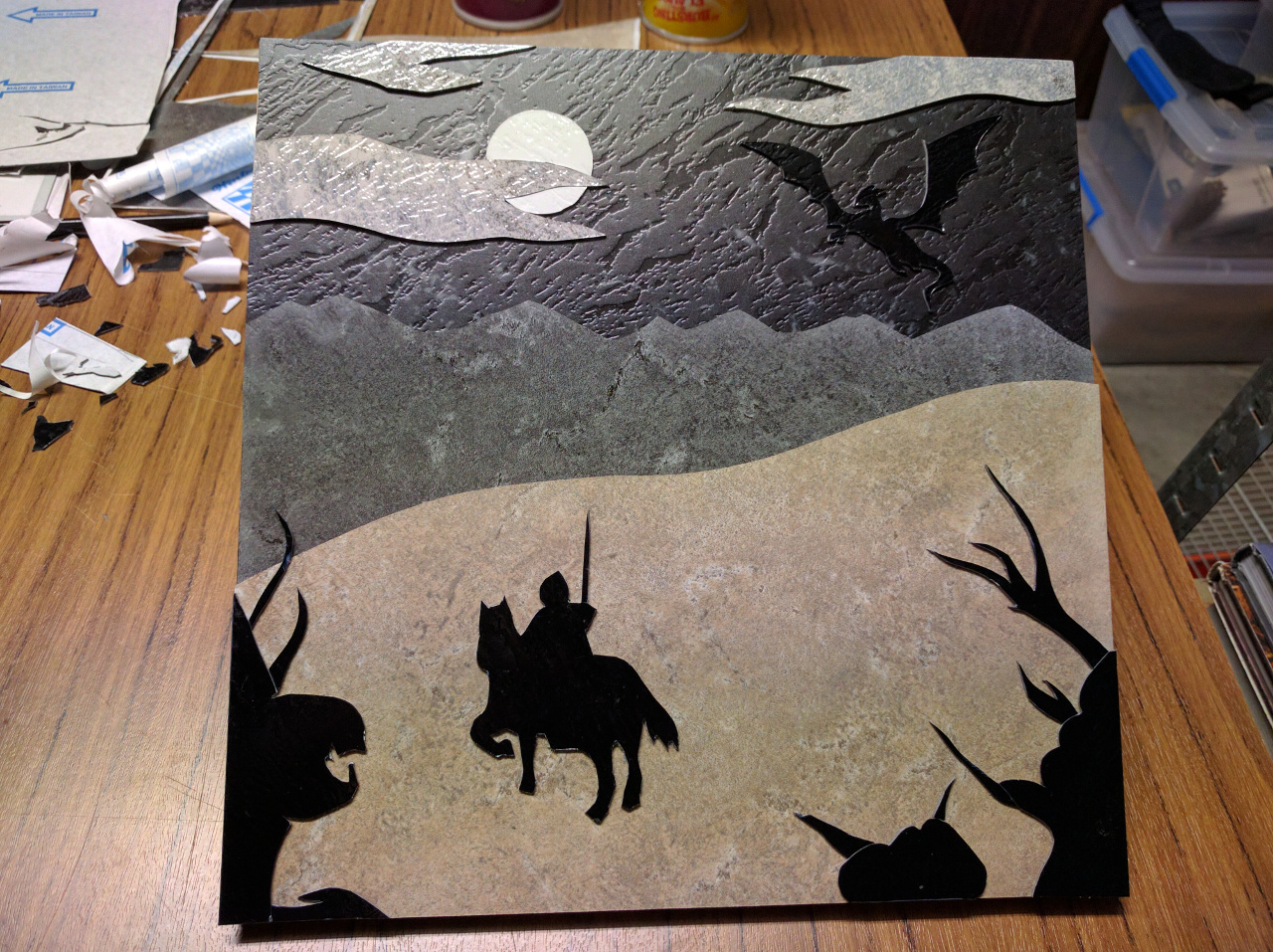 The other day Rebecca handed me a piece of board and told me to get creative.

Yesterday I handed it back to her:

Word to the wise: the vinyl backing glue ain’t the best for sticking tiles to tiles. I did have to use a bit of craft glue to keep the pieces on. Also, don’t get your pinkies in the way of the scalpel. Goes without saying, I know, but, you know… don’t.

The slate and marble tiles lend themselves nicely to a moody, Halloween kind of look, but nothing says you can’t get a little creative and apply daubs of paint here and there to bring it up. Eh, go on! Get down to the hardware store and pick up some lino! 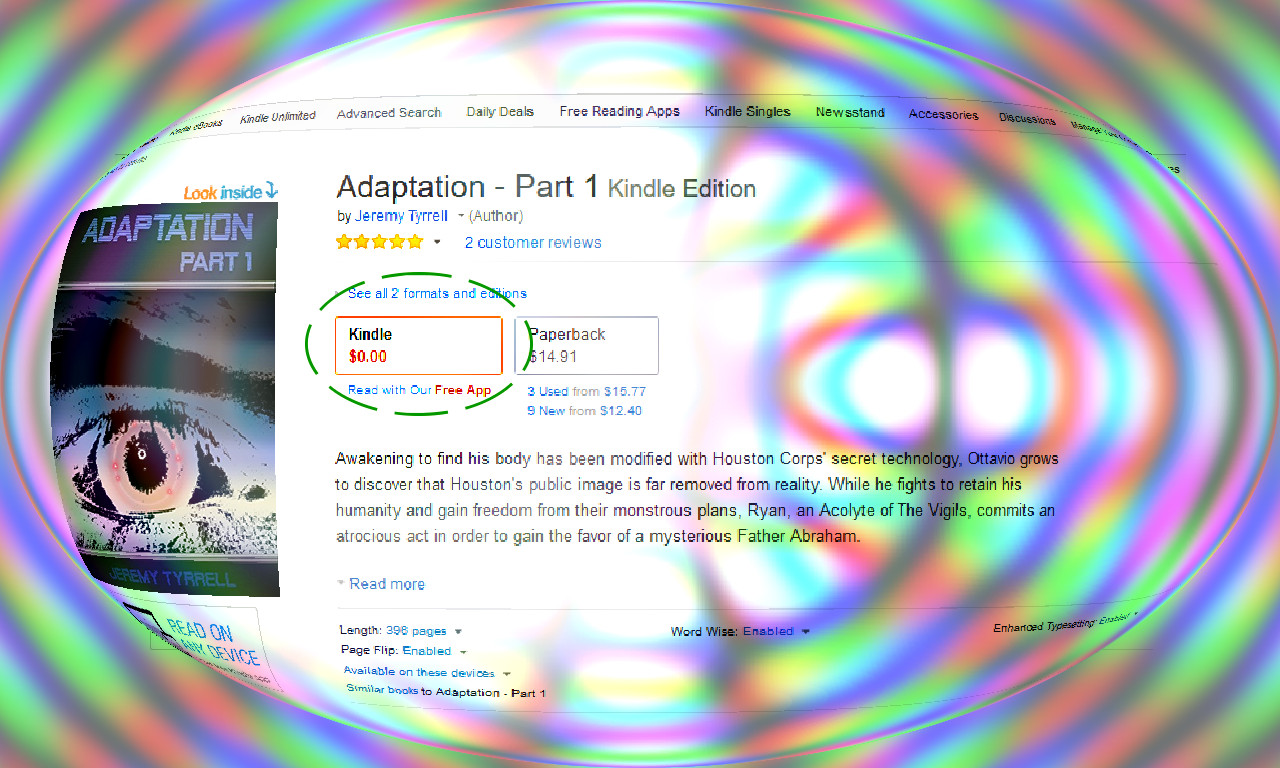 Yes, got that much. Why?

To quote Kylie Minogue, “You did it again!”

Uh, did what again?

That’s right! It’s amazing how the power of people can manifest. All it took was the power of the internet and the will of others and, boom!

It was a long time coming, heck, several years in fact, but the end result was worth the wait. I wasn’t sure if it was true, so I checked it twice and, sure enough, it’s a fact.

What’s a Fact? Jez, what are you on about?

Why, Adaptation – Part 1 is now perma-free, as it should be, on Amazon. Just like Grosvenor Lane, just like Atlas, Broken. Just like… oh, wait. Jolimont Street Ghost still isn’t free, darn it.

But, hey, let’s celebrate the win, shall we? Now, if you’ll excuse me, I have a happy dance to do. 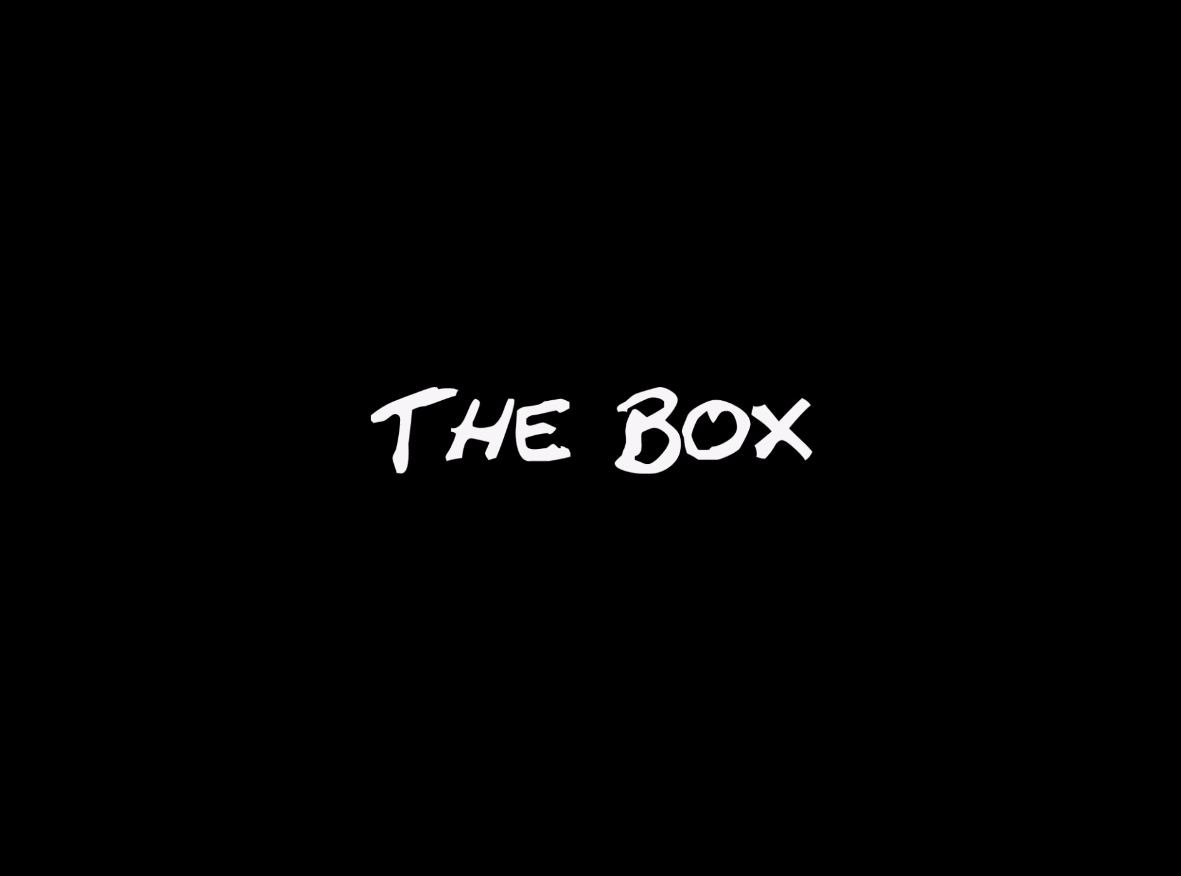 Now that the dust has settled from the Great Bookface Fiasco of ’16 – let’s not mention it again in polite company, eh? – it’s time to keep moving on.

In fact, I’m playing catch-up. There’s some excellent news to share, also a new book or two in the works, but more on all of that in a later post.

Today it’s all about Nathan.

I’m not sure how it all started. One minute we were discussing high level enterprise architecture, the next minute, well… yeah. Don’t worry, it’s not a screamer vid, and it’s better with the sound on:

I’ll get back to something more serious in the next post. I promise.

The taste of Mimbos still lingered upon my palate – those pickled peppers sure do pack a punch – and I was looking forward to yakking on about the rest of what happened during the period of the Smashwords Summer (Winter in the Southern Hemisphere) Sale when, well, there was an event.

So many had tried to convince me of its merits. Just as many had failed.

What happened? Let’s just say that an account was made in my name, and this account was linked haphazardly to all and sundry, and a large majority of said sundry were, shall we say, unsavoury. Like, really not family friendly. Like, really not the kind of people whose pixelated representations I would enjoy sitting next to my own.

While busily unfriending (See? I’m using the lingo!) these colourful characters, I am afraid I unfriended some of my actual friends who had only just accepted. To you, I am very sorry this happened. Please don’t be offended, the unfriending was collateral damage.

Rather than have scantily clad men and women splashed across my screen, I decided the best course of action was to delete the account. Turns out the only way to ‘delete’ an account is to get a line to the Bookface guys and ask them nicely and wait up to 90 days. Wow. OK. Hum.

The next best thing, then, is ‘deactivation’. OK, not quite what I was after, but if it stops the bleeding then so be it.

Deactivated the account that night, wiped my brow and sat back and groaned. Now that I was ‘up’, I couldn’t not be there without having to explain to everyone the whole story, and someone was likely to get offended and… dammit. Dammit!

The guys at work agreed. “Hey,” they said, “It’s like Linked In, only different. You don’t have to go on there all the time if you don’t want. You can link up your blog to it if you like. You can post images of burgers. That’s cool, right?”

I shrugged, bewildered and defeated and <sigh> agreed. The only thing to do, then, was to get onto Facebook and <deep sigh> set it up properly.

That’s what I did.

Now I have bloatware on my phone – Why do I need to install Messenger, and why does it want to run my life? – and the battery was drained by the evening. I have also discovered that there is a thing called a ‘Poke’. What it actually is used for, I still don’t know.

There are stickers. And Likes. And Memes. And Angrys. And Tags.

And… and… and I’ve got a killer headache. 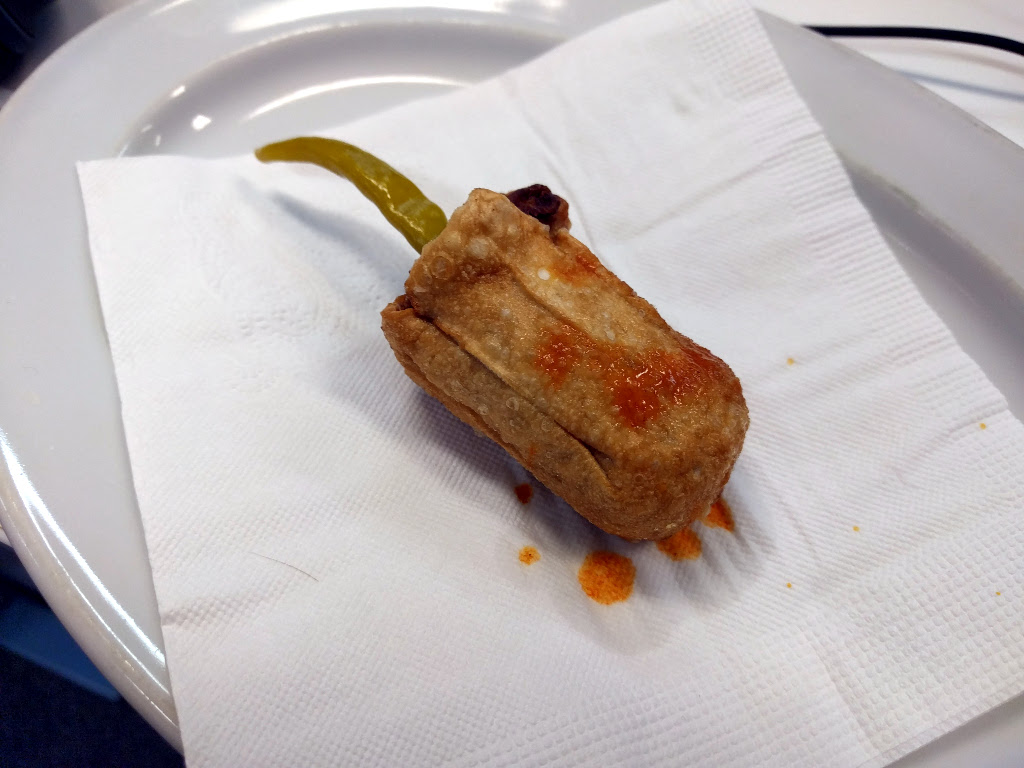 The Smashwords Summer (or Winter in the Southern Hemisphere) Sale is over. It was fun. I picked up a few books, I’ll be reading those when I get a chance.

All work and no play makes Jack a dull boy indeed, so this little Jack, in the absence of posting, got up to a bit of stupidity.

First cab off the rank was the creation of the Mimbo, the spicy mouse Dim Sim. What’s a dim sim? A staple, tasty food that comes with fish and chips, by itself, steamed or dried, with soy or tomato or mustard sauce. It’s such a decent eat, how could one make it any better?

By spicing it up! All you need is Tabasco, a fork and some Pickled Peppers. No, really. Pickled peppers, like the kind that Peter Piper picked.

It’s creepy. It’s icky. It’s not a bad idea for Halloween – “Scuse me, kiddies, while I munch on a deep-fried, gangrenous mouse dripping with mouse blood.”